God Reigns Supreme…even in the details

I know He is good, but often miss seeing His goodness. And I miss them…the details He carefully takes care of.

There were so many details to think of before boarding the plane to Indy with Knox…Make sure the sitter knew Quade needed to wear a tie on Fridays for chapel. Put a note in his backpack to go home with a friend after school. Fill up the fridge with enough food.  Leave the key for the house.

It hit me when I arrived at the airport. Oh yeah, I’m traveling with a baby. This is typically a “not so easy” job to do by oneself. Security alone can make your head spin.

When I settled into my middle seat and the first large man sat down in the window seat next to me, I started to feel anxious. Please Knox, please don’t start screaming. Did I wear the right shirt to nurse the baby discretely?

Then the second man sat down in the aisle seat. I become even more nervous. How long is this flight? Can I reach everything I need in case of emergency? Hooter Hider?…check.  Extra pacifier?…check.  Burp cloth?…check.

But God was in the details. These men were angels. Merciful and mild. Enjoying my son and offering assistance. When Knox happened to kick his little leg out and knock an arm, a genuine “Oh he’s fine” was given by the man.

More grace in the details…the water bottle I happened to purchase on the way to our gate became entertainment for thirty minutes. The hum of the engines lulled Knox to sleep for another thirty. 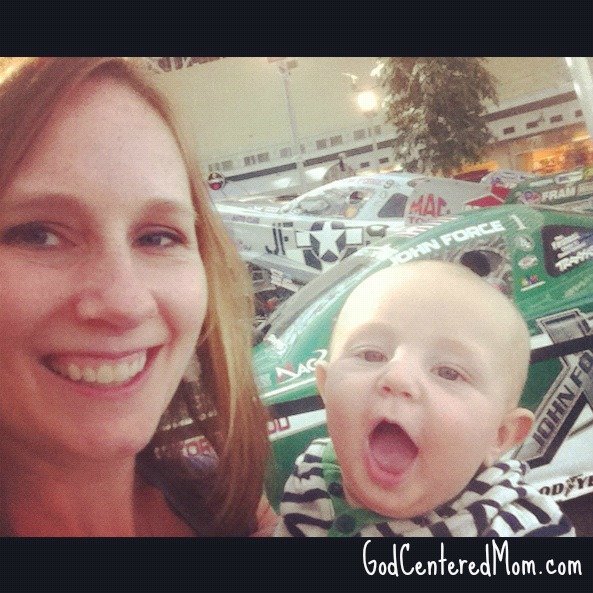 My favorite story from our trip happened at the graveside service. My mom had one sister who passed away years ago and has two brothers who live out in California. My uncles decided there would be no official funeral service, just a graveside service. (With some convincing my mother requested a private viewing for family…grateful for closure.) 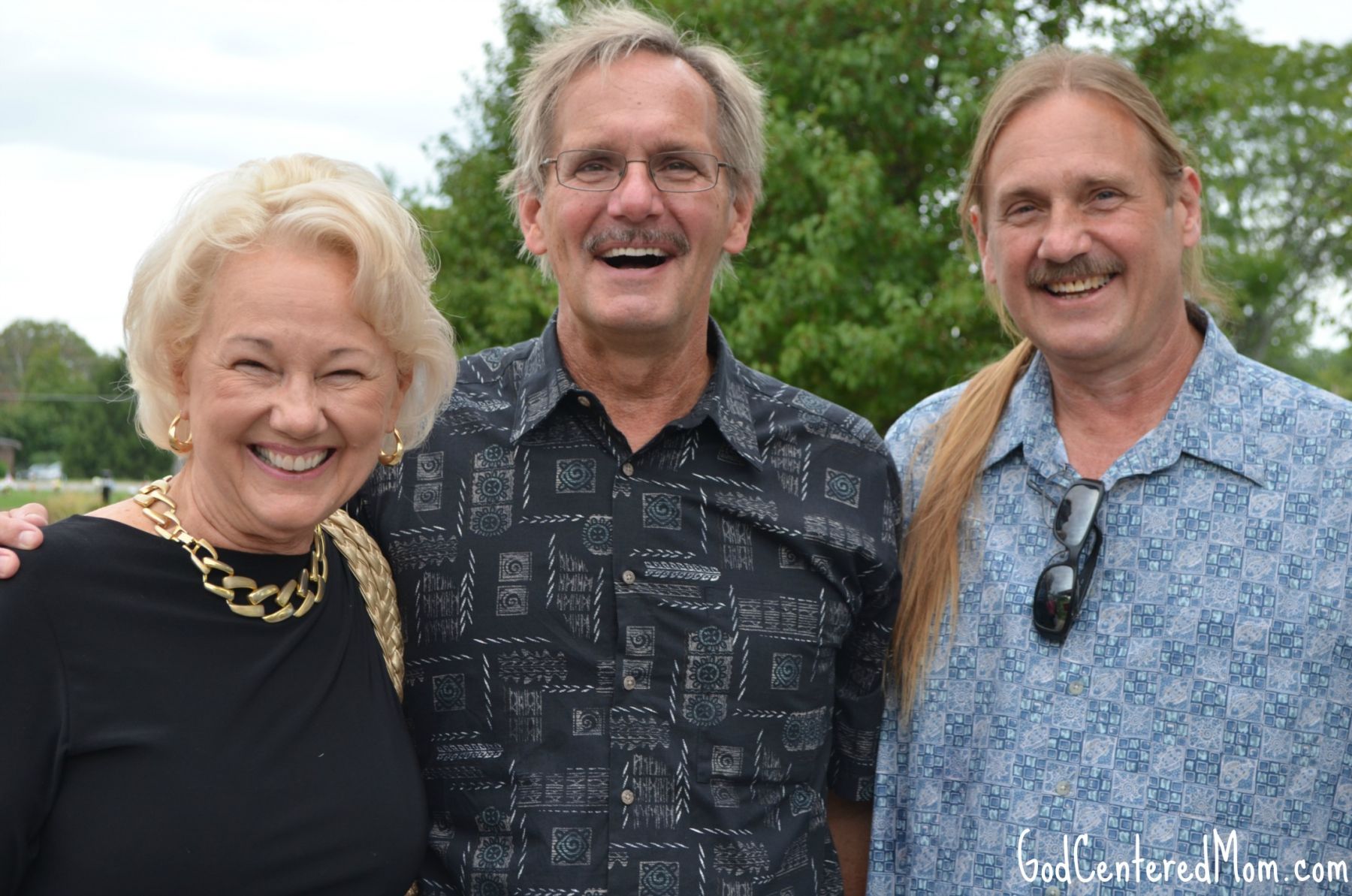 My mother did not grow up in a Christian home. In fact, her uncle (my grandmother’s brother) was a humanist. His beliefs centered on humankind, without attention to any notions of the divine. My uncle Lee wanted to read from his uncle’s humanist writings.

My father opened the service in prayer. Then my uncle said a few words about nature (the trees, sky, flowers), the plight of man (generation after generation came to the same end), and the inevitability of death (dust to dust). Then my father read these words:

“In this vast universe

There is but one supreme truth—

That God is our Father.

By that truth meaning is given

To the remote stars, and the numberless centuries.

O my soul, dare to trust this truth

Dare to look confidently in his face,

Then launch thyself into life unafraid,

Knowing that thou art within thy Father’s house

That thou art surrounded by His love.

Thou wilt then become master of fear,

Lord of life, conqueror even of death. “

This poem came from a little leather bound book. A page carefully typed out by my grandfather, my mom’s father. In the 1950s he was a pastor in San Angelo, Texas. Little did he know these words would be read at his wife’s funeral more than a half a century later. 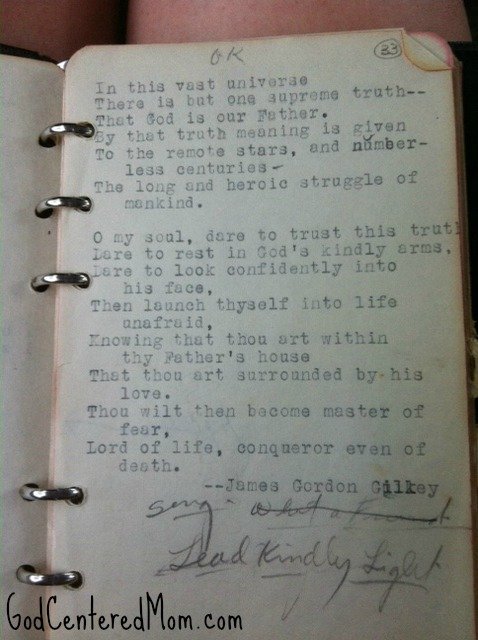 Little did he know his son-in-law would quote this poem to layer Truth on top of the humanist observations. To bring meaning to the universe. Truth given to the death of generation after generation. Faith in the midst of sadness.

Interestingly my dad wasn’t even aware how God used these words. As we walked away from the grave site he asked me what my uncle had even said. Apparently my dad wasn’t listening for fear of being distracted from the Spirit’s leading.

I stopped in my tracks. “Dad! Every time Uncle Lee said something about the earth or humanity, you read something which added God’s truth to his statements. Every. single. time. I thought you did it on purpose!” Simply amazed.

As I sat down facing the casket checking my phone for the Scripture I was to read, a text appeared from my mentor saying she was praying for me. Then checking Facebook later that day I found a message from a dear online friend calling for prayer for me and my family….posted the exact moment the graveside service began.

There is a big God who gives meaning to the universe. Who gives hope in the midst of death and loss. Who placed each star in it’s place. Who has a BIG plan for you and me. But He is also supreme over the details…deciding who I sat next to on a plane, when a text message was sent, what readings would be shared to give Him glory.

I stand in awe. Complete awe of His work, His hand. My grandmother’s life was honored, but God was glorified. Hallelujah!!

Will you have eyes to see His goodness today…in the vastness & smallness?

“He heals the brokenhearted
and binds up their wounds.
He determines the number of the stars;
he gives to all of them their names.
Great is our Lord, and abundant in power;
his understanding is beyond measure.”