The Best Way to Use a Couch

Bruce graduated from college 3 years before me. During that time he worked hard, saved money and slept on the floor in an apartment with 5 other guys. By the time we got married his furnishings included: a circa-1973 fuzzy orange recliner, a kitchen table with 4 chairs, and an air mattress.

Assuming the role of homemaker, I needed a “bit” more furniture to make ourselves a little home. So the day we returned to Wheaton, IL from our honeymoon in Hawaii, we bought a king-sized bed, a couch, love seat, and a coffee table. All. in. one. day.

Back on March 15th, 1999 I had NO idea our carefully chosen couch would someday be used for this: 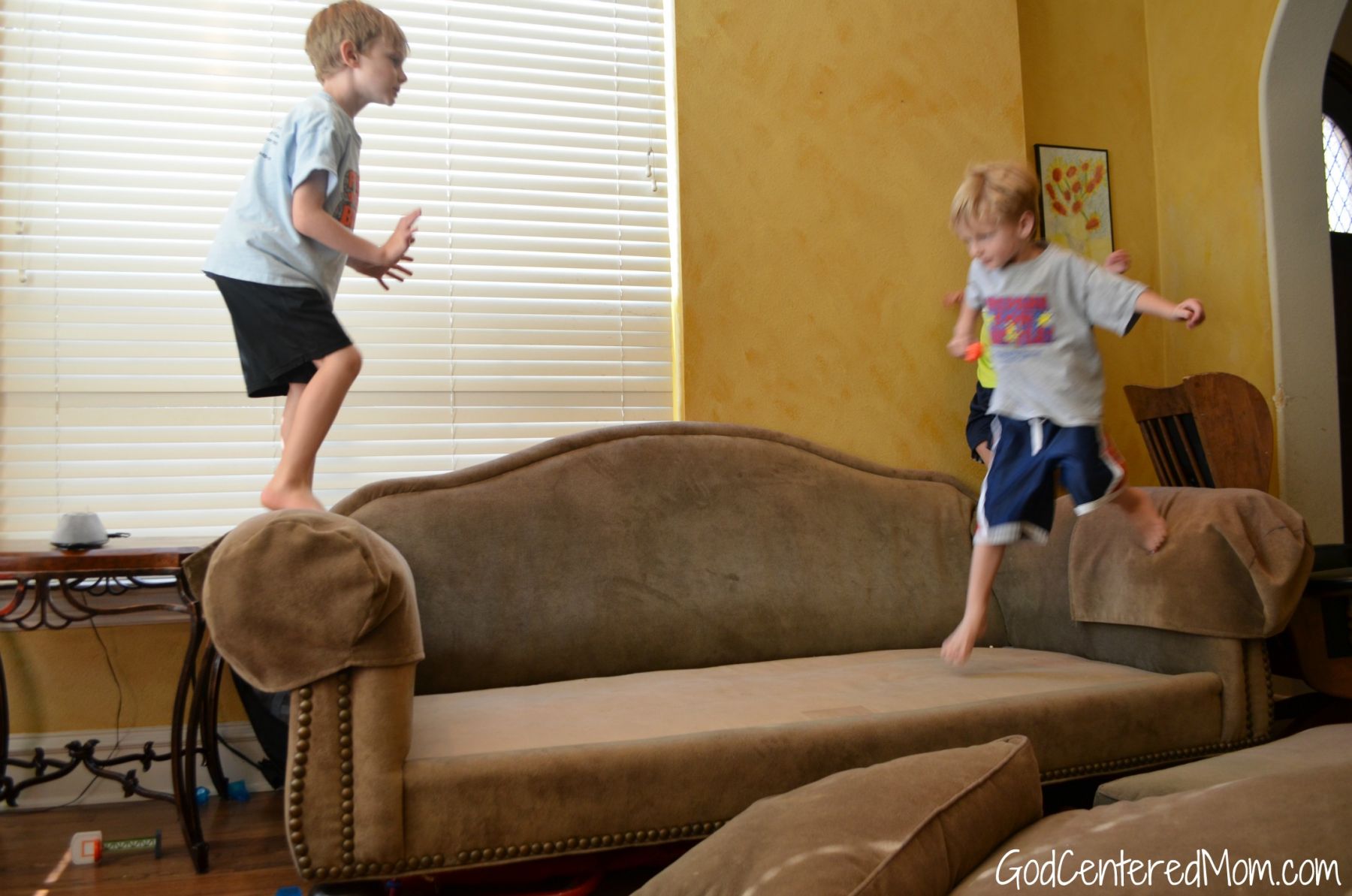 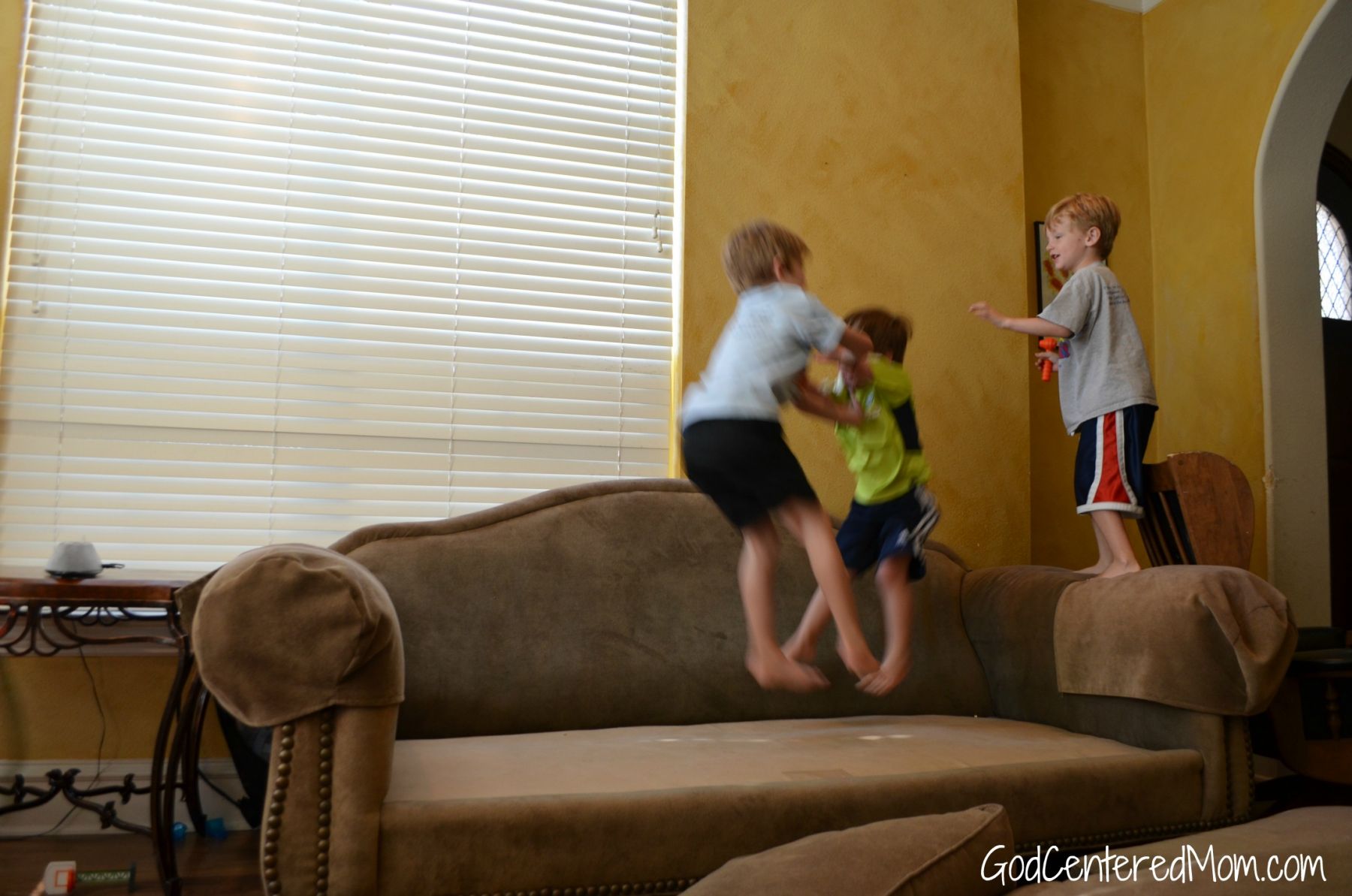 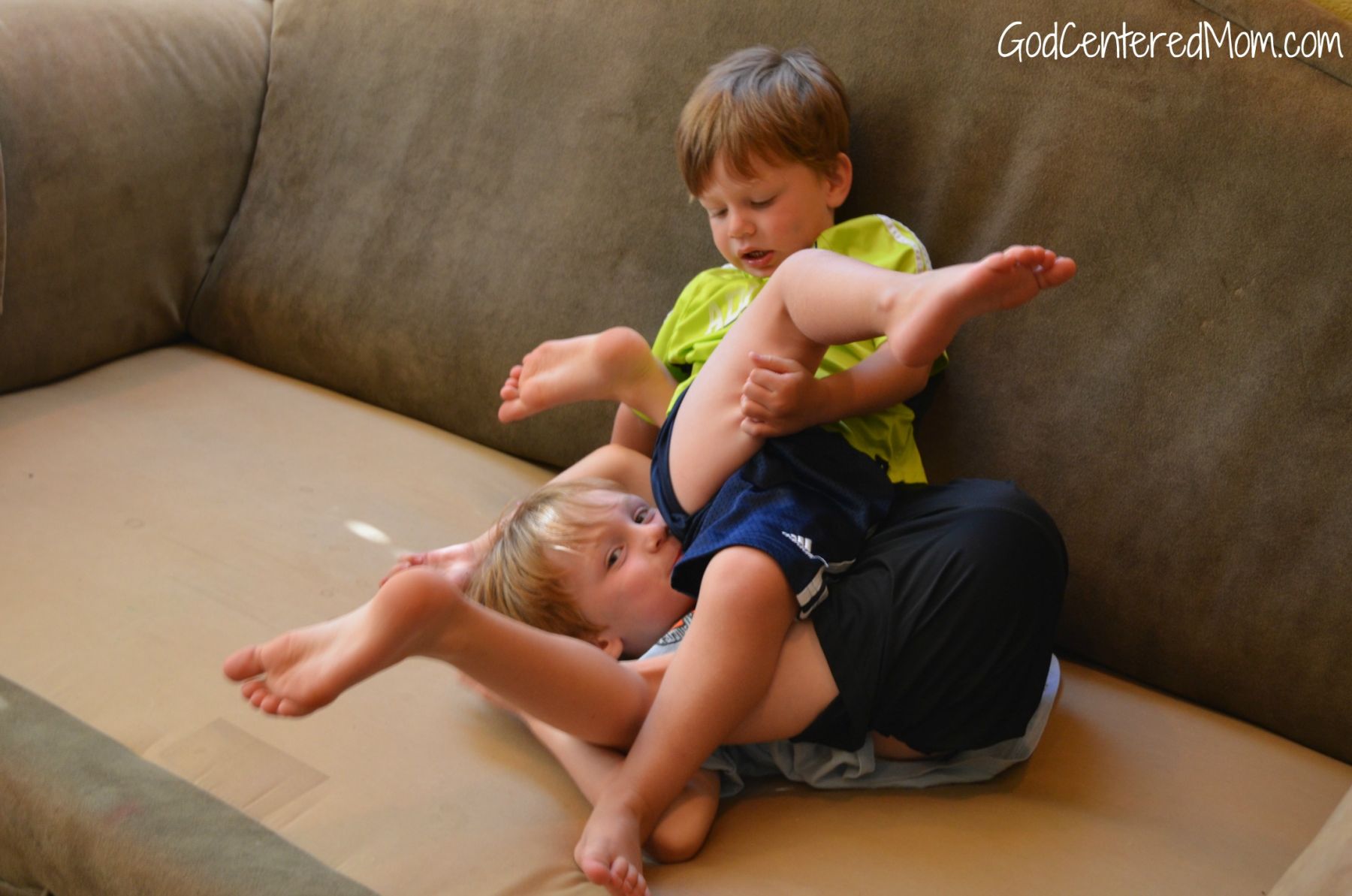 The synchronized diving practice (thank you Olympics for all the new and interesting inspiration) is only one of the best ways to use a couch. Our boys have also piled cushions in mountain-like fashion and played king of the hill. They’ve placed the cushions on their sides around the couch, and sailed the high seas in search of treasure.

Thinking back to the reasons why we chose this couch-the perfect color, deep seat cushions for my 6’3″ husband, and sturdy wooden feet-we never considered how well a 4-year-old bounced from its springs. How could we have known we would be blessed this greatly?

“Unless the Lord builds the house,
the builders labor in vain.
Unless the Lord watches over the city,
the guards stand watch in vain.
In vain you rise early
and stay up late,
toiling for food to eat—
for he grants sleep to those he loves.

Children are a heritage from the Lord,
offspring a reward from him.
Like arrows in the hands of a warrior
are children born in one’s youth.
Blessed is the man
whose quiver is full of them.”