5 reasons this was my favorite birthday party to plan yet

Give me a birthday theme, unlimited funds, hours of time and you will get one amazing “Pinterest perfect” party. I’ve celebrated with Curious George, Thomas the Train, Dinosaurs, and Pirates. For the most part, I enjoy coming up with ideas to go along with a theme…coordinated fonts, hand-delivered invites, Personalized t-shirts for each child…

There is one problem: I care TOO much. Usually I allow worrying about what the other parents will think or the goal of making everything perfect get in the way of celebrating my son’s life and his happiness…”Don’t touch the cake!” “I know they don’t look like real pirate ships, it’s the best I could do.” “Please stop messing with the decorations!”

This summer just the thought of celebrating 3 birthdays in 6 weeks exhausted me (particularly with a ‘new’ baby and overcommitted life). The last three years we’ve had a combined party for the boys. This year we are having a “drop off” party for Quade (turning 7) and Price (turning 5)…bold I know…which leaves Watts (who just turned 3) to party by himself.

Since Watts has never had his own party, I decided to do things differently this time…

1. His choice of plates

First of all, I took him to Party City. Passing every cartoon/movie character in the world, I asked him to choose his plates and napkins. He firmly decided on “Happy Feet 2”. You would think my inner perfectionist would scream, “Really? It’s a pool party at the end of July. Penguins?”. Instead his joy became my joy. And we boldly purchased penguin plates in July (side note: the party was on the hottest day so far this year…perfectly ironic).

Instead of hand-delivered, invites made of ice (to go with the Happy Feet theme), I sent out an evite to a couple of families. Our rule: invite as many kids as the year you are turning. This time I didn’t 100% follow that rule, but it was close.

Instead of sewing my stuffed animal penguins for each child, I took the boys to the Dollar tree to pick out party favors.  Watts chose torpedo squirt guns…an excellent choice for a pool party I might add. He’s a natural party planner! 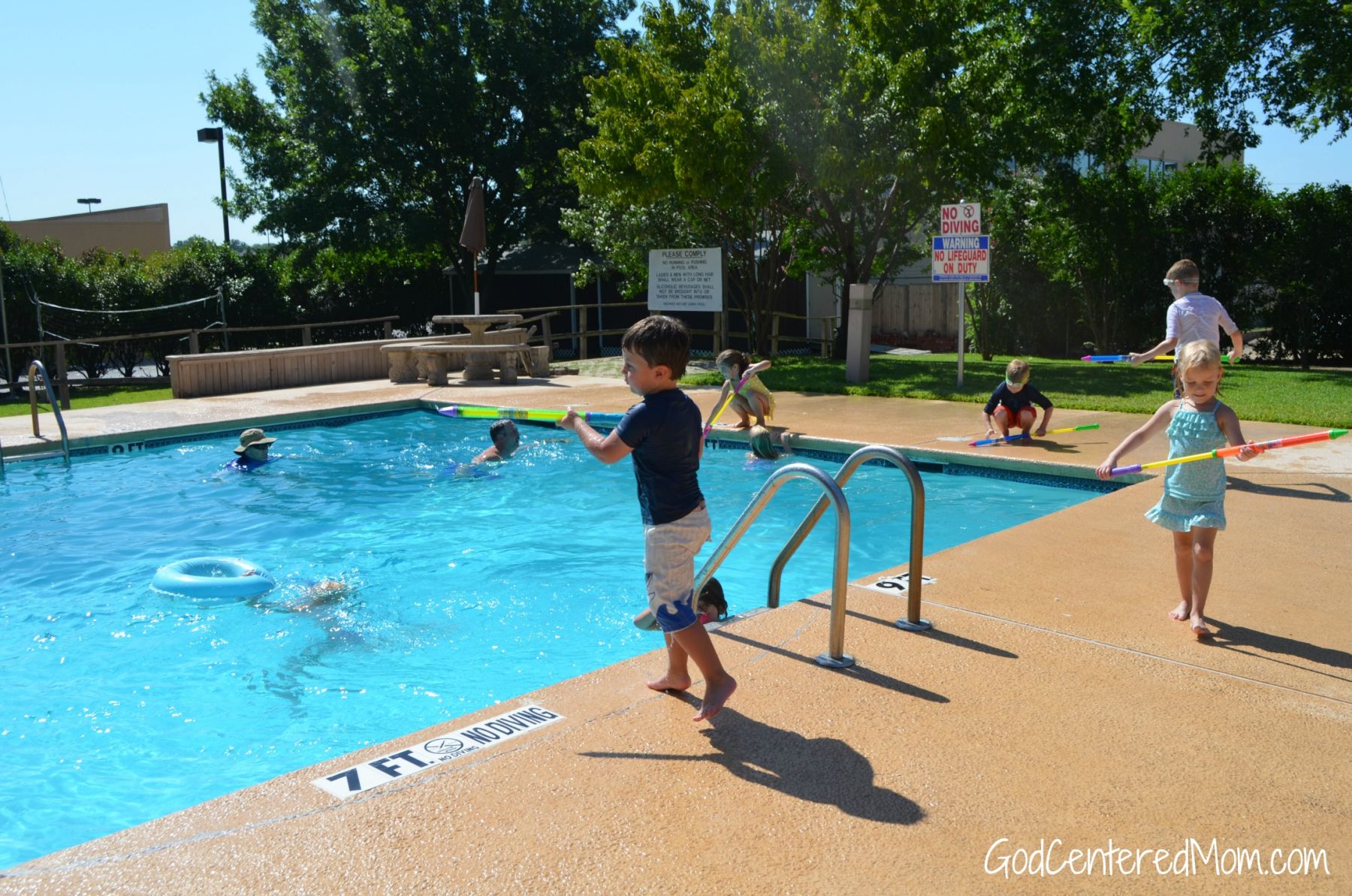 4. Hulk on a store-bought cake

Well, almost a natural. I asked him what kind of cake he wanted to order: Incredible Hulk. Not really consistent with Happy Feet 2, but who cares!! Since this is his dealio, a Hulk cake is exactly what he got, from the Kroger bakery. 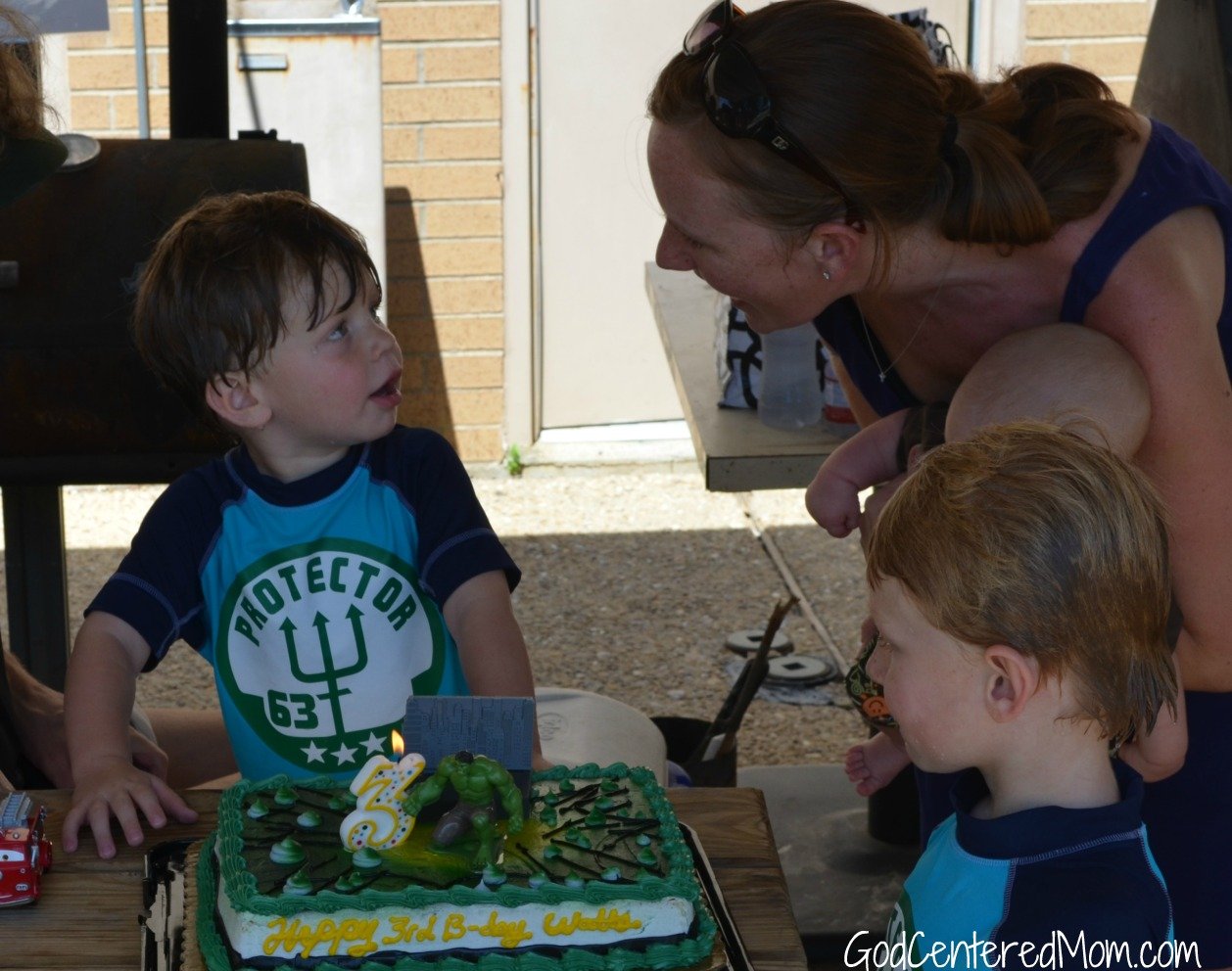 My favorite part of his birthday was the last minute decision to take Watts along on my 8:30 pm Friday night grocery shopping trip. I NEVER would have done this with my first son. I’m a little sad I don’t do these things more often, because our trip to the grocery store was AWESOME!

To give you some background, his sleep patterns have been amuck lately. It’s the whole, “if he naps he’s up until 10 pm” and “if he doesn’t nap he’s a wreck” stage. That Friday he’d napped, so he was fully awake and hilarious.

The moment we walked through the automatic doors I realized I haven’t taken him grocery shopping in a long time. One, because he referenced a T.V. show when he saw the carts (“on the Mr. Men show he pushes a cart…”). And two, because he kept commenting, “We have that. We have that.” As if he was amazed Kroger had the same food we have at our house. Completely unaware of our food source.

Watermelon and red grapes were the fruit of choice for the party (loved learning his likes/dislikes).  Harvest Cheddar Sun Chips (I would have picked Original). Jolly Rancher popsicles (can you say ‘food coloring’ much?). 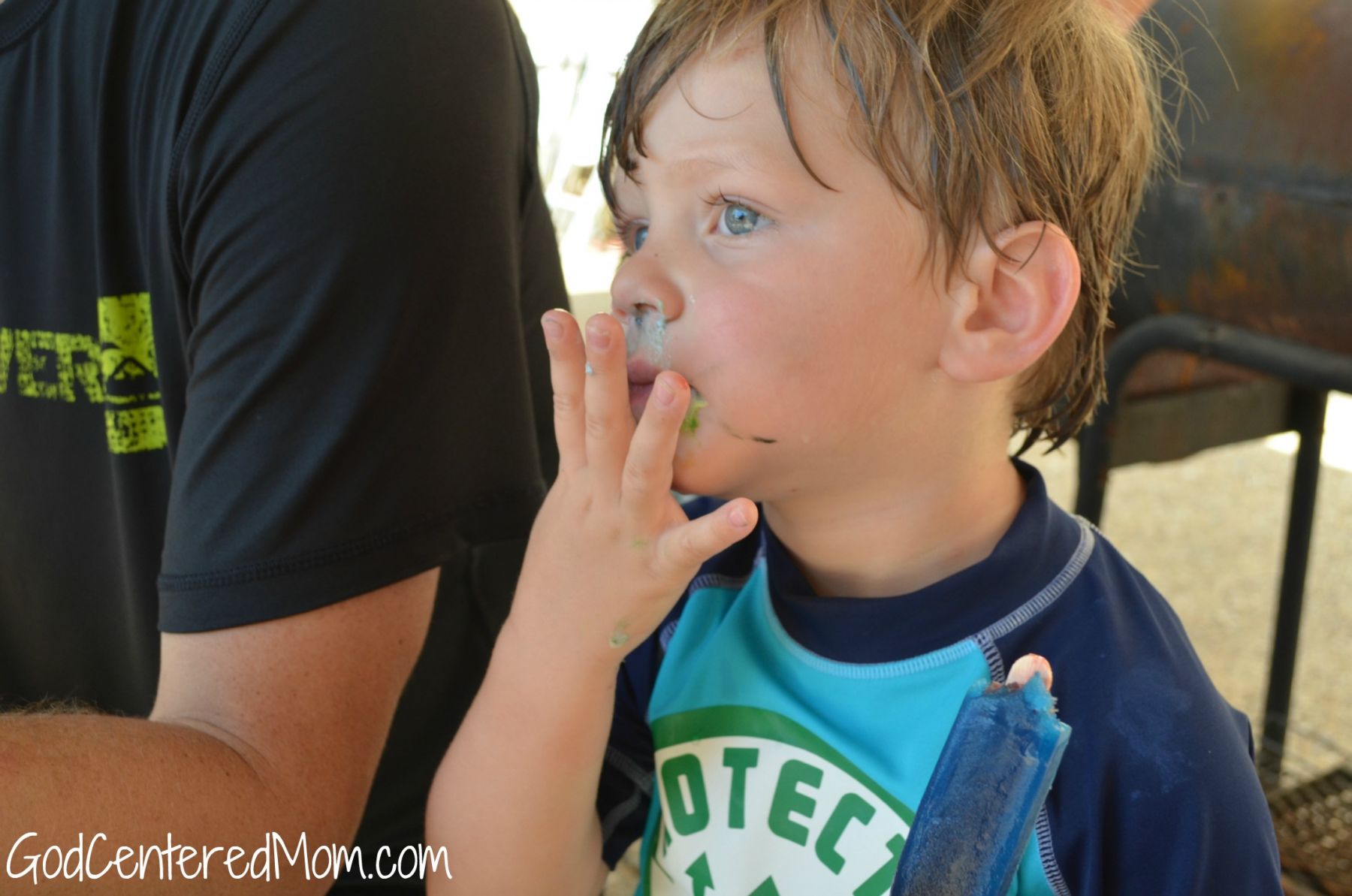 He even chose a birthday present for himself…”Red” from the movie “Cars”. Cuz he “wuved it” and “needed it”. Of course I bought that sweet boy his little firetruck (showed it off first thing to his dad when we got home and it traveled with him everywhere during the party…can you find it in the pic below?). 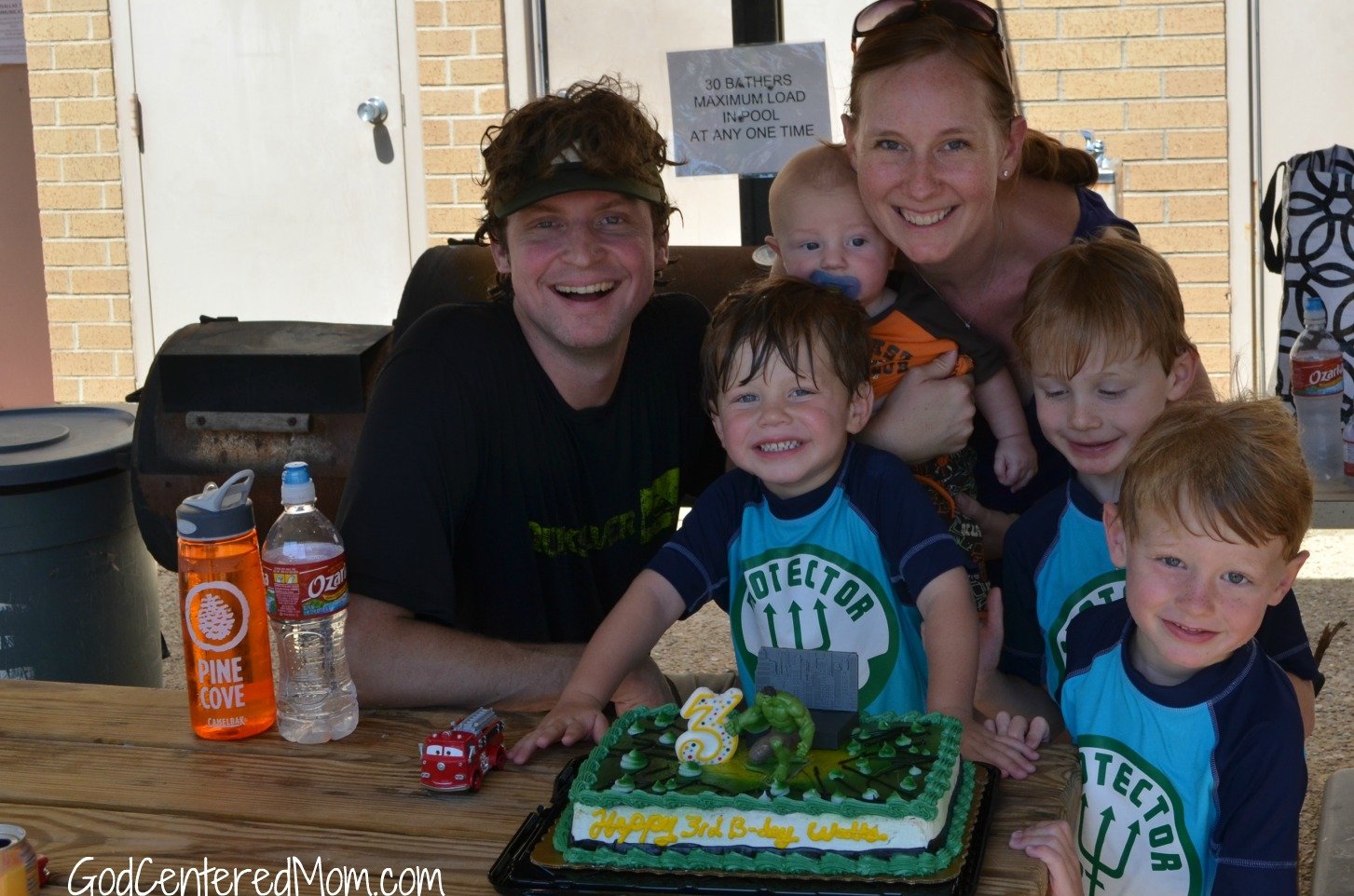 As we were checking out, he held his arms out saying, “Mommy, I need to get out of the cart.” Fearful of what freedom would look like for a 3-yr-old in pajamas at 9:30 at night, I simply responded, “No, you’re fine.”

“But Mommy!” he pleaded, “someone’s going to BUY me!” Based on his observations, each item in the cart was pulled out and scanned. Most likely, he was the next item. I assured him, Tommy, the cashier, would not “scan him”.

Tommy looked up, smiled, and said, “I’ve never heard that one before.”

Kissing my precious three-year-old “Wattsy”, I attempted to push ‘pause’ long enough to absorb every moment of our lovely late night in the grocery store and the BEST BIRTHDAY PARTY EVER!! 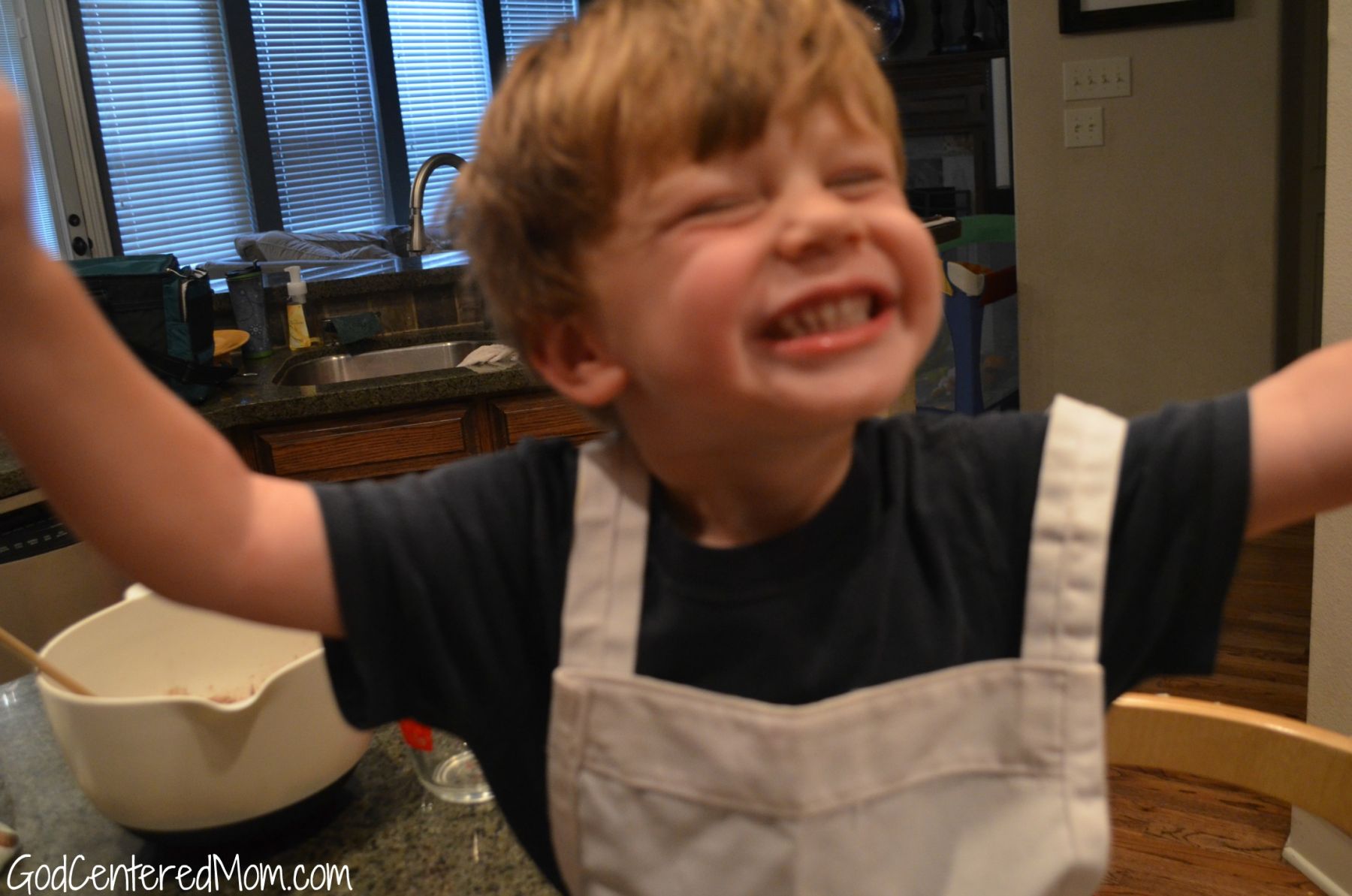