While I was sitting on the toilet, he barged in announcing he just went poop. Since we are potty training I was happy, then horrified. Happy he confidently  “went”. Horrified when I remembered we only have one downstairs bathroom…and I’m using it!

“In the playroom.” I soon discovered, like a dog, my son had left his mark in the backyard of the Little People play house.

Moments later my almost 7-year-old son started crying because his size 4/5 underwear was cutting into his side. Unfortunately, my oldest doesn’t have “hand-me-downs” to put on. I’m the mom and in charge of buying him new ones. But he is on the “skinny” side and the underwear was from Gap so they appeared to fit well. And it’s been a busy season of life, meaning we all have had to make sacrifices, right?

His tantrum lead to my tantrum

Given the justified tears over too-small underwear I announced we were going to Kohls. I asked everyone to get their shoes on. My simple request launched my 2-year-old into Croc-coveting (his brother has new Avenger Crocs) and a full-on tantrum. 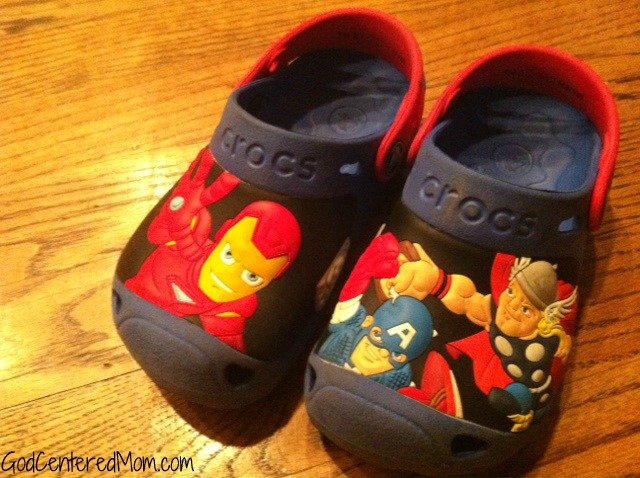 I asked him to join me in the bathroom (our family “discussion” room). I attempted to reason with him… explained how he had his own Crocs…those were his brother’s shoes…one day they would be his…the shoes are too big now…

Why would a grown 35-year-old woman cry when her son threw a tantrum over Crocs?

I’ll tell you why. In my head I pictured “them”. The two sweet girls. The ones who obediently get their shoes on. The ones who compliment their mom’s fingernail polish. The ones who quietly put together 300 piece puzzles (true story).

I want them. Not my tantruming, poop-on-the-floor boy who wants his brother’s crocs. Not my almost 7-year-old who complains about too small underwear (although I understand he was uncomfortable).

I began to lecture my boys about their discontent. Can’t he be happy with the shoes he has? Shouldn’t he be grateful he even has underwear?

And I stop myself.

Who’s really being the ungrateful one? I’m the adult crying because I want different children. The greatest gifts God has given me and I’m upset at His choice. 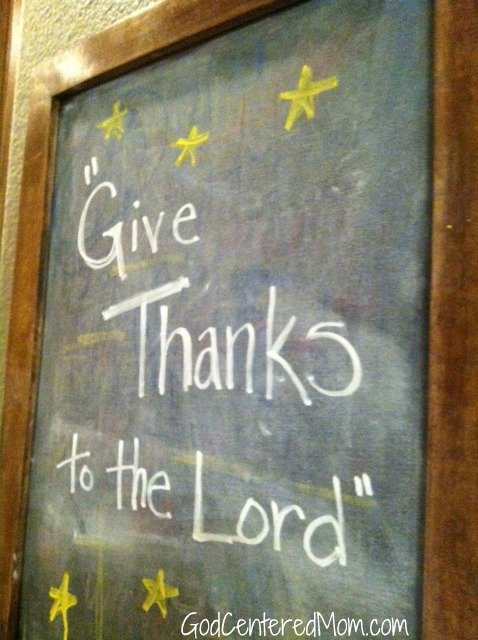 The rational side of me knows I’m being unfair. I’m comparing the worst versions of my boys to the best versions of girls. In glorifying a fantasy of perfect girls, I’m missing the wonder and joy of my boys.

Later in the afternoon, while encouraging a group of new moms, I’m the one who left encouraged. One of the mentor moms shared how when she would allow fear, guilt, discontent to discourage her, a close friend would remind her to “Look Up!”.

“I lift up my eyes to the mountains—
where does my help come from?
My help comes from the Lord,
the Maker of heaven and earth.” Psalm 121:1-2

In the busyness of a new baby I’ve neglected my gifts list. When I stopped counting, I stopped enjoying and I started comparing.

I grabbed a large piece of white paper. With a red sharpie wrote “1,000 gifts” across the top and hung it on our living room wall. Now the list is clearly visible, and not ignored. And the boys can join me in counting His gifts of grace instead of grumbling. 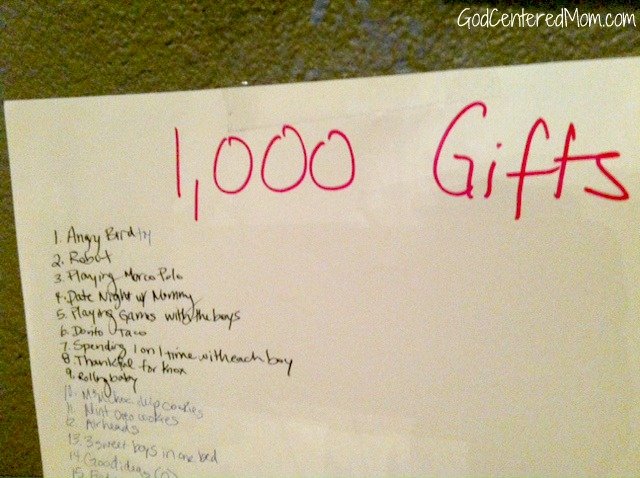 We’ll attempt to look up more than we look around. When we do look around it will be to count our gifts.

Do you struggle with looking around instead of looking up? How do you combat discontent in your home?

**You will be happy to know, we “successfully” survived a trip to Kohls and purchased Hanes underwear (comfort guaranteed) in size 6-7. Of course, there were multiple requests for stuffed animals, mickey mouse pjs, a book. Then a tantrum while in the check out line. While holding my 2-year-old as he hit me repeatedly, the cashier commented, “You have four boys? Wow. How do you do it?”. I tilted my head sideways (to avoid another punch), questioningly squinted my eyes and said, “Does it look Iike I’m ‘doing it’?”. Just another day. Thankfully (counting my gifts) I walked out only having purchased underwear and with all 4 boys healthy and somewhat happy.