Okay, so I know I wasn’t going to post this week…but this idea just happened. Hoping it helps you with over-tired, candy-filled, post-4th of July kiddos.

My boys LOVE their water guns, but they don’t love to get shot in the face with water. In the past, to give them a productive goal, we’ve set up recycled trash as a target to aim at instead of each other. Laughter over tears is my measure of a successful activity.

I saw on Pinterest this idea for drawing a target with chalk on your driveway. Then kids could use toss water balloons at the target. It spurred this idea… 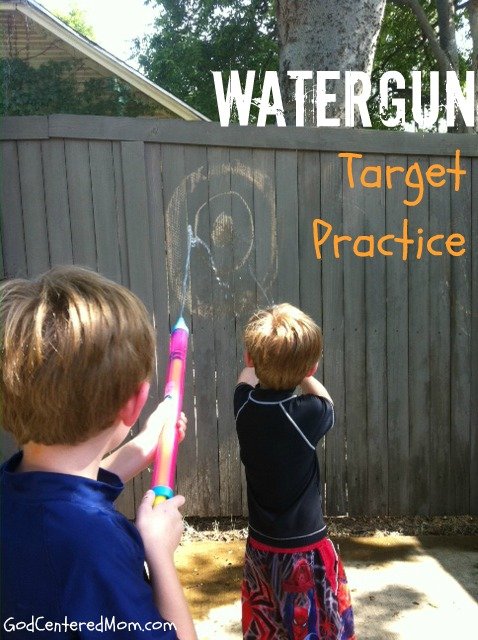 I drew targets with chalk on our fence. One target for each boys (this isn’t my first rodeo…no reason to start an unnecessary fight). 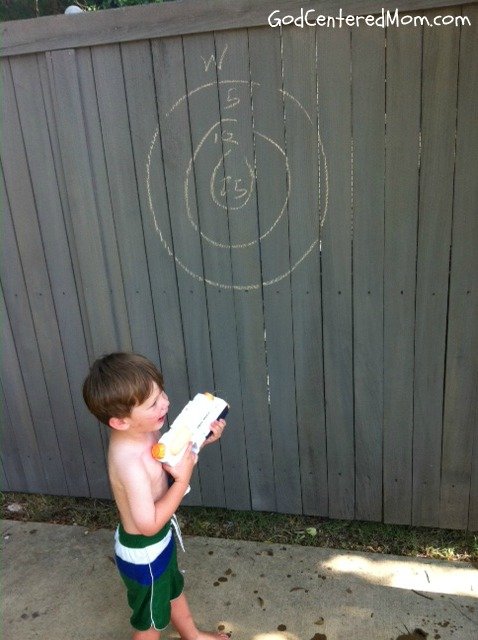 My first version had points system (25 for the center, then 15 in the next ring, then 5…). But the boys didn’t seem to notice. Their goal was to “wash” off the chalk from the fence. 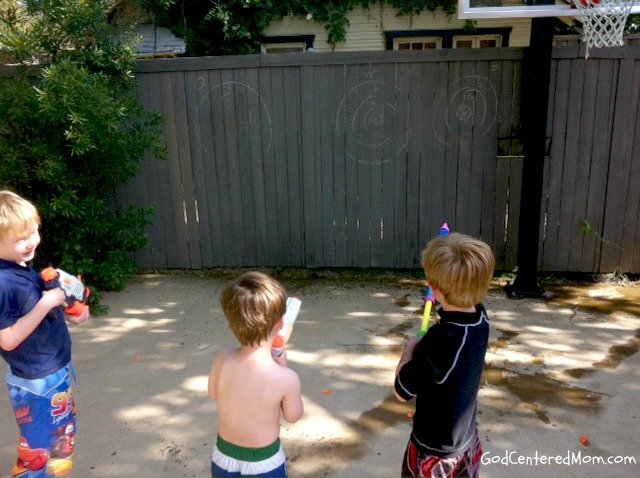 I guess it depends on the age of your kiddos whether they will try to get points by shooting the middle or just enjoy making the chalk disappear. Really doesn’t matter, does it?

Once our targets were washed off I started writing their names in chalk to have them spray off. Then they started drawing their own creations to rinse away.

Hope your little ones find this activity as much fun as mine did…if not, at least you tried something new.