Principles of Training {Wisdom from Murray}

I mentioned I would call this series “Tuesdays with Murray” (my husband’s suggestion)…based on the widely popular book “Tuesdays with Morrie”. However, I don’t typically blog on Tuesdays. So I’m going with “Wisdom from Murray”. Without further ado…

Murray’s book “How to Raise your Children for Christ” was written more than 100 years ago. He had 8 children, wrote over 240 books and loved God. My desire is to make his Biblically based, parenting wisdom accessible to busy moms. I plan to summarize his book (given the complicated language) & present it in bite-size pieces on my blog. 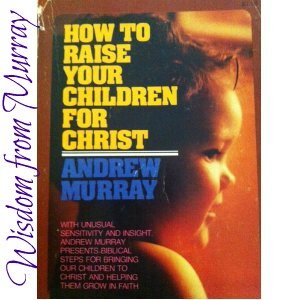 Before his 52 short chapters based on Scripture, Murray established the principles of training. He believed training children & helping them love Christ required careful thought and “earnestness”. Today we would use the word: “intentionality”. He also believed wisdom in training children can come when we ask God for it (“If any of you lacks wisdom, you should ask God, who gives generously to all without finding fault, and it will be given to you.” James 1:5)

1. Training is more than teaching-

On this point he said it best…

“Teaching makes a child know & understand what he is to do; Training influences him and sees that he does it. Teaching deals with his mind; training, with his will”

2. Prevention is better than cure-

I “LOVE” this. Instead of waiting and watching for mistakes (which I am prone to do), we should watch and prevent mistakes. Similar to my “Cast a Vision” post, Murray stated one should lead a child to know he CAN obey and do right. That he CAN do it easily and successfully.

Here Murray pointed out a child will act more easily and naturally out of habits than based on “principles” he has been taught. His habits will be stronger. Influence a child’s habits then he will obey based on principle. For example, taking their dishes to the sink can become a habit. Later on they can obey and clean up based on the principle of responsibility.

4. The cultivation of feelings precedes that of the judgment

Young children are full of feeling and emotion. They are also sensitive to your emotions and feelings. Murray encouraged the parent to “create a feeling favorable to the good, to make it attractive and desirable.” Basically create a positive environment where good is rewarded and verbally praised versus constantly criticizing and focusing on the bad. 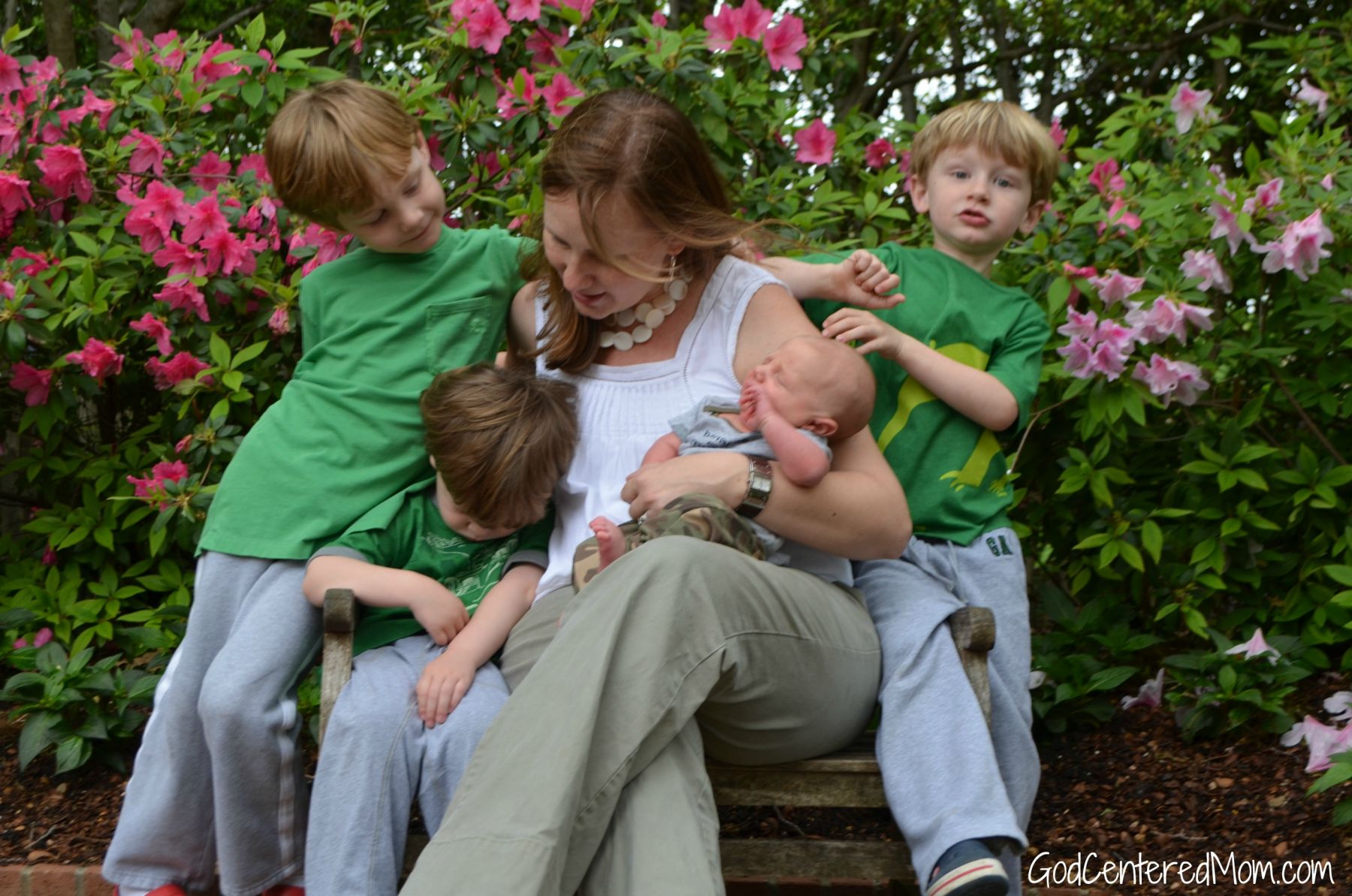 I have seen this lived out in our home. Days in which I am positive and encouraging the boys are encouraging of one another and choose to do good. Days in which I am exhausted and constantly disciplining wrong choices, they are fighting more and misbehave. Even though I know this truth, I’m still prone to fall into a negative pattern.

5. Example is better than precept

You have heard this before…it matters more who you are and what you do than what you say and teach. In living out our daily lives we are training our children. I can’t expect my boys to show grace and use gentle words if I haven’t done so.

“It is by living the Christ-life that we prove that we love it, that we have it; and thus will influence the young mind to love it and to have it too.”

6. Love that draws is more than law that demands

Whoa! convicting…particularly after today. He suggested the God-centered model. Training requires self-sacrifice. Murray called it “mother-love”, that doesn’t seek its own but lives and gives itself for a child. To focus only on rules is to focus more on the sin and “wrath”.

“Love gives itself with its thought and strength to live for and in the other and breathes its own stronger and better life into the weaker one. Love inspires, and it is inspiration that is the secret of training.” 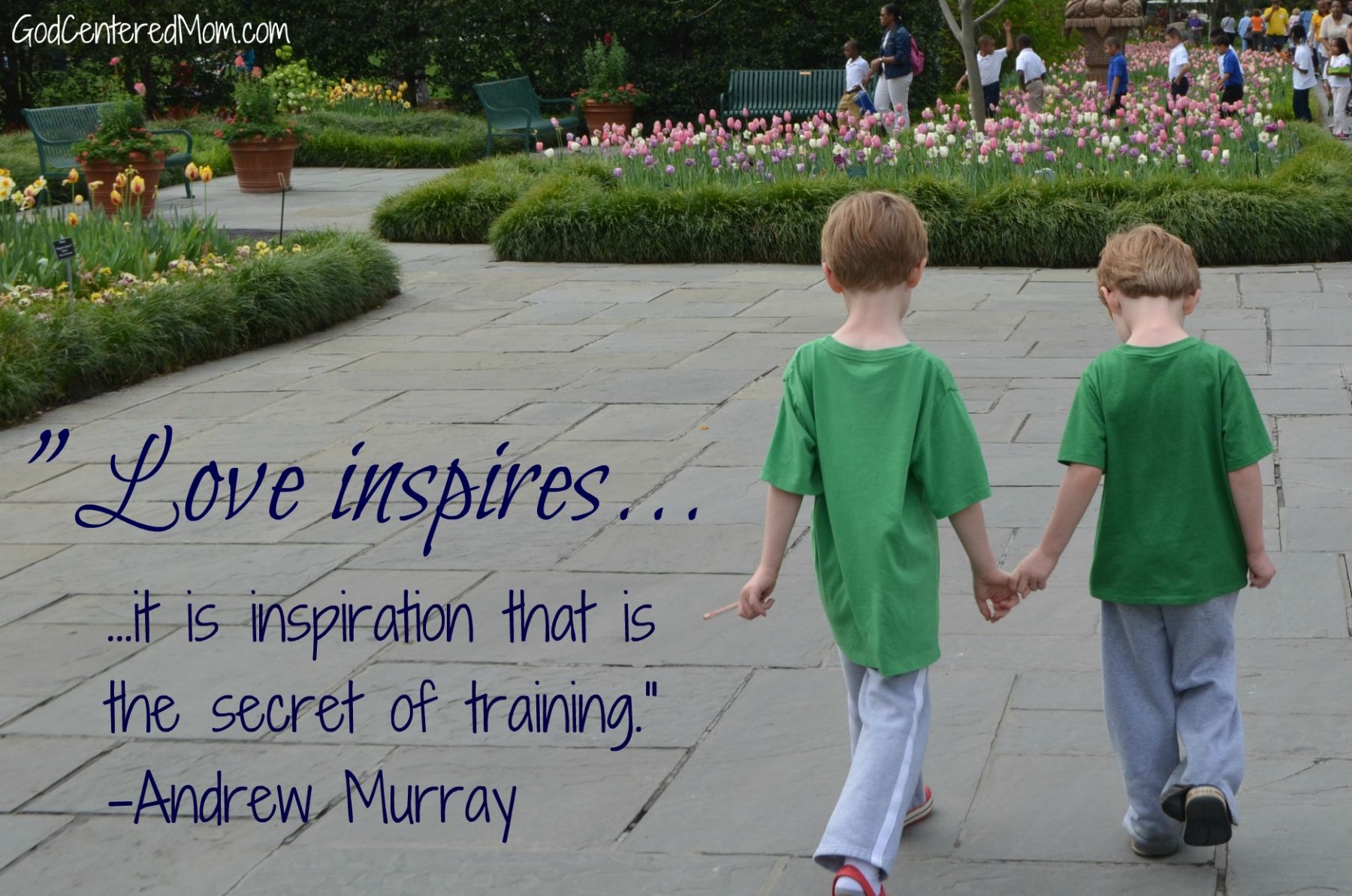 My biggest take-away from this chapter is giving myself and my boys more grace. Focusing on loving and enjoying one another. Paying more attention to my choices instead of obsessing over their poor choices (I’m like a hawk sometimes waiting for them to make a mistake).

What are your thoughts? Let’s discuss.