A few weeks ago I wrote about my latest realization…overtraining my boys (saying too much & not praying enough). Since writing that post, I’ve made a few more observations about the words that come out of my mouth…

At a parenting seminar a few years ago, I learned:

Unfortunately, more days than I’d like, I have it backwards…5 negative for every 1 positive. The reason behind all the negative interactions is my frequent correcting, directing and instructing. Due to the high number of corrections, my boys have stopped listening. Several times when I’ve asked them to “come here”, they run the other way assuming they are in trouble.

“If you stand in your chair you could fall!”

“Wash your hands or you’ll get food on the couch.” 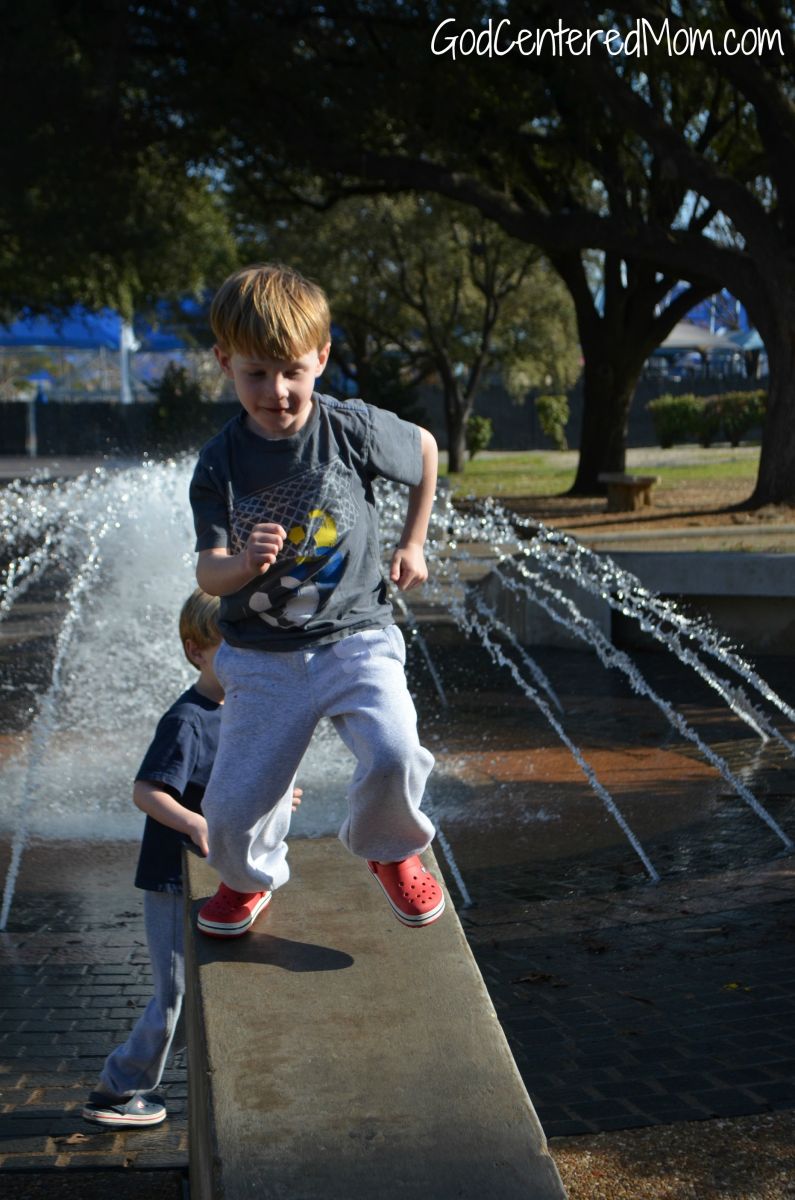 In my early parenting days I read the book “Parenting with Love & Logic”. The authors  suggested you allow your child freedom to experience natural consequences. If he doesn’t want to wear shoes in the backyard, then let him go barefoot. When he hurts his feet then he will choose to wear shoes. Of course, the caveat here is you should warn them in matters of life or death (parking lots/streets/etc). If it’s not life/death, you allow your child to learn from his mistakes.

This approach has always been hard for me. Particularly since it typically means potential harm to my children and more work for me. For example, if he falls off the chair and breaks an arm, then I have to drag 4 children to the emergency room and take care of a poor little guy in a cast.

On the other hand, it’s exhausting and stressful to be so vigilant. Warning them about every danger. Keeping track of the activities of 3 busy boys. I end up being that dreaded “helicopter parent” or the ogre mommy (in the words of Kat).

In the article I mentioned before called  “Why French Parents are Superior” by Pamela Druckerman, it mentions Americans’ over-attentiveness to their children:

“When American families visited our home, the parents usually spent much of the visit refereeing their kids’ spats, helping their toddlers do laps around the kitchen island, or getting down on the floor to build Lego villages. When French friends visited, by contrast, the grown-ups had coffee and the children played happily by themselves.”

Perhaps I make it too hard? Having coffee with the grown-ups sounds lovely. Allowing my children to monitor themselves…a dream!

My husband* tends to give my boys more freedom. He isn’t constantly directing them. In fact, he may have a reputation for not being attentive enough. When we are at a social gathering we both want to talk & mingle. This has become a source of conflict. I feel that one of us should be watching the children at all times. I suggest that we should trade off who watches them. He agrees more with the French approach…children playing by themselves while adults enjoy conversation.

His opinion comes in part from how he was reared. He describes his upbringing to include strong boundaries but a lot of freedom within those boundaries. His parents were NOT constantly standing over him, correcting and directing. But they did have absolute rules that could not be broken.  Since he wasn’t constantly corrected he was more willing to listen when they did train him. They focused on those important boundaries, but let the little things go.

Here is another quote from the article on French parenting:

“the French ideal of the cadre, or frame…Cadre means that kids have very firm limits about certain things—that’s the frame—and that the parents strictly enforce these. But inside the cadre, French parents entrust their kids with quite a lot of freedom and autonomy.” 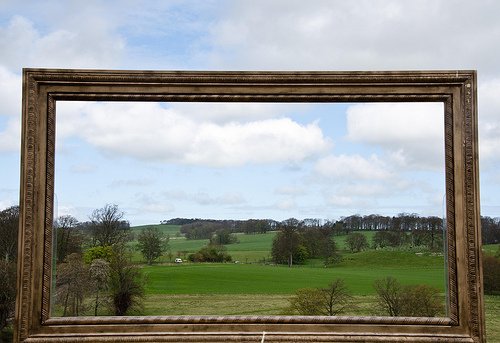 If my goal is to “say less, pray more”, this is a good visual to keep in mind: a frame. Allowing freedom within the frame, but correcting when they attempt to cross outside the frame.

But saying less & giving more freedom does not come naturally to me. I have supersonic sensory powers. I see, hear, taste, feel everything around me. My strong sense of justice makes it difficult to let offenses go unnoticed. Then there is the “teacher” side of me, taking advantage of every learning opportunity. And I care too much about what other people think.  We have 4 boys, for heaven’s sake. We already draw attention wherever we go. To allow them freedom sounds frightening. 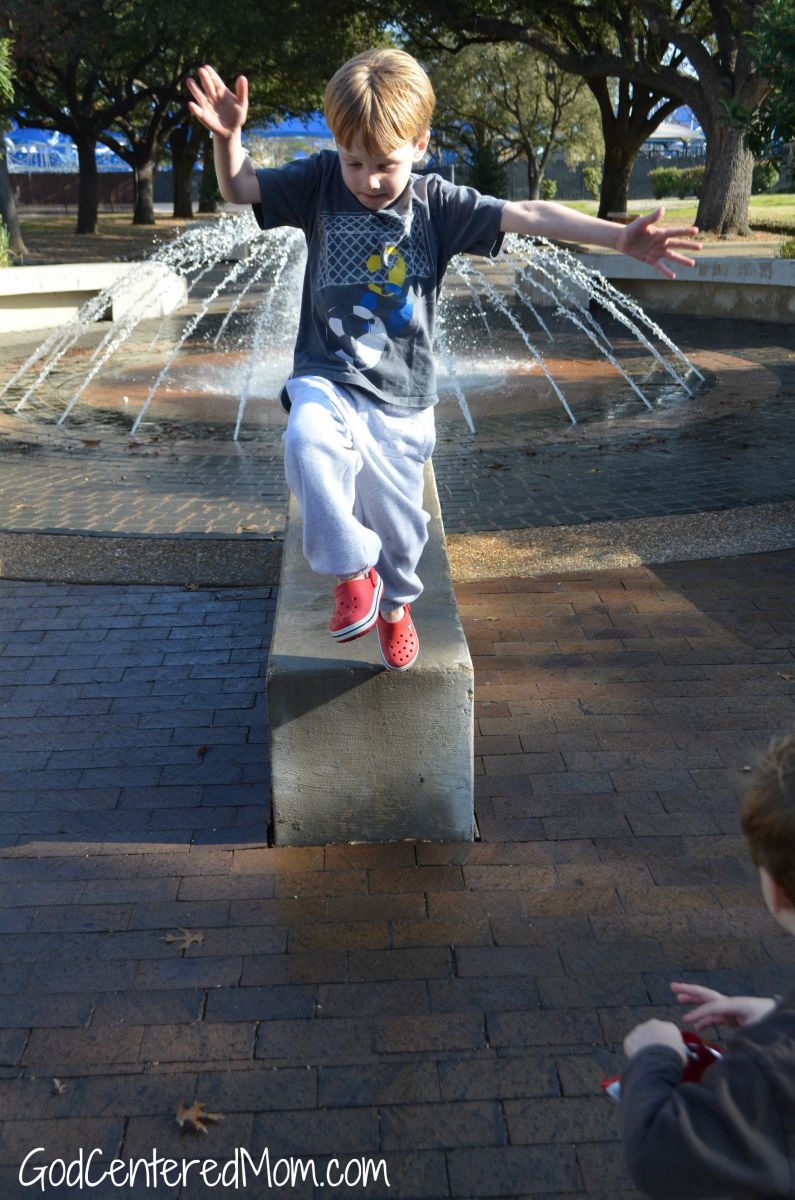 I’m not going to get it right 100% of the time. But my goal is to use less “warnings” and give more freedom. Fulfilling that goal will hopefully lead to the right equation: 5 positive to 1 negative interaction.

Ultimately, my goal is to stop before I correct. Decide if correction is necessary. Then pray for character rather than micromanaging each child.

Here is a great prayer calendar for kids on the Inspired to Action blog: A Mother’s Prayer Calendar.  There is also 21 days of prayer for boys ebook available for $3.99.

Do you struggle with warning too frequently? Have you been able to successfully implement the “love & logic” approach? When you are at social functions how do you and your husband manage the children? How often do you pray for your children?

*everything written about my husband has been approved by my husband