I asked for your prayers this week…I’ve needed every.single.one.

If I hadn’t already set the “Few Favorites Friday” precedent, I would be tempted to write “Least Favorites Friday”. You wouldn’t believe the chaotic adventures I’ve had this week. Some were so traumatic I’m not even able to relive them in words. That. Bad.

In order to get my 4-year-old to be more of a “team player” I  told him he is now part of the big brother team. He’s no longer the middle brother. He is a role model to the younger two boys. He may have “bought it”.

Given my recent obsession with “Downton Abbey” (British drama) & Sally Clarkson (Tea time proponent), I thought it would be fun to introduce the boys to a proper tea time. 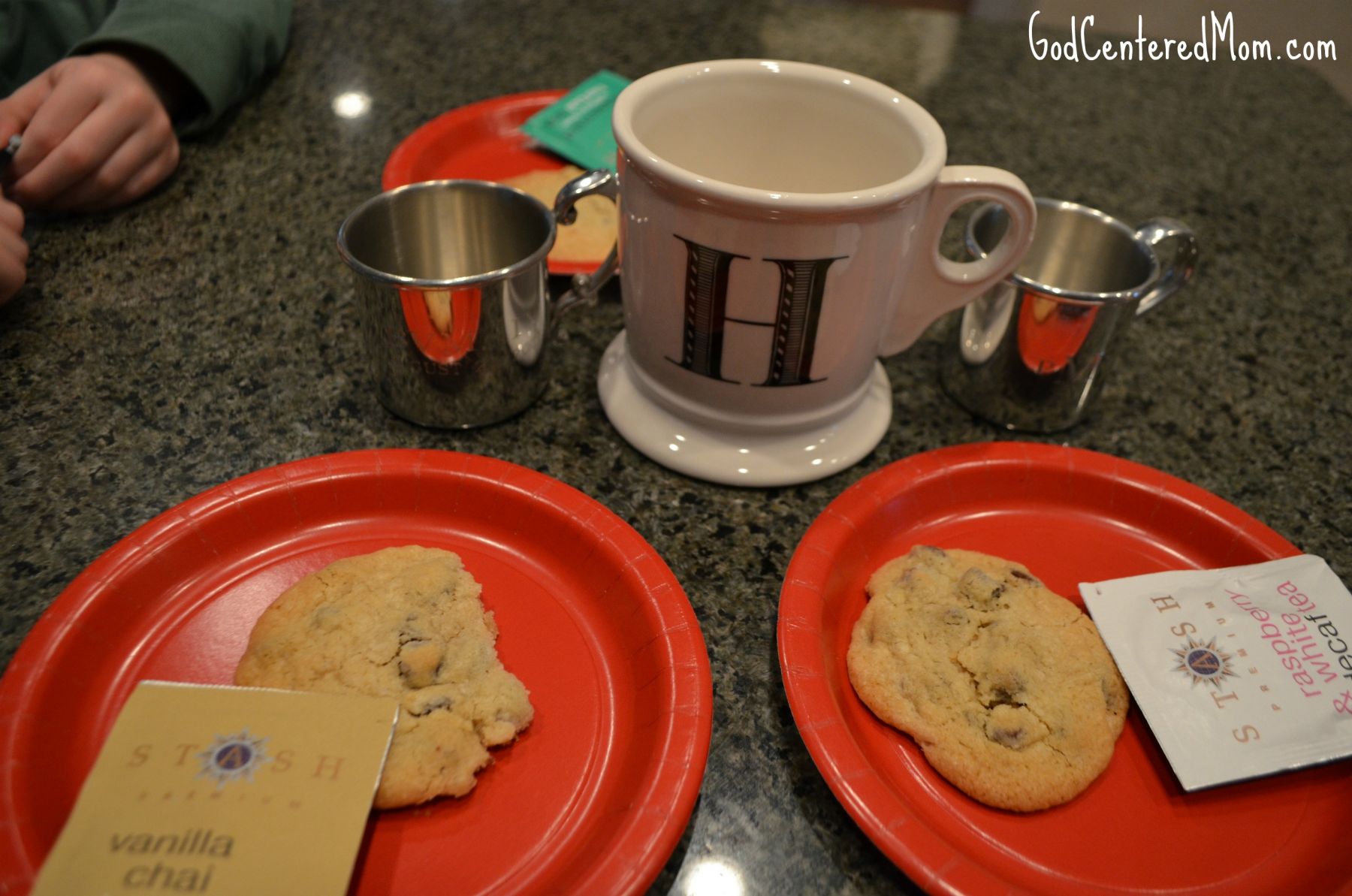 While the little brothers napped, the big brothers celebrated their roles with a big boy tea party. They chose their tea…peppermint for one and white raspberry for the other. We placed homemade chocolate chip cookies on plates. We discussed whether to add milk and sugar to our tea or only sugar. 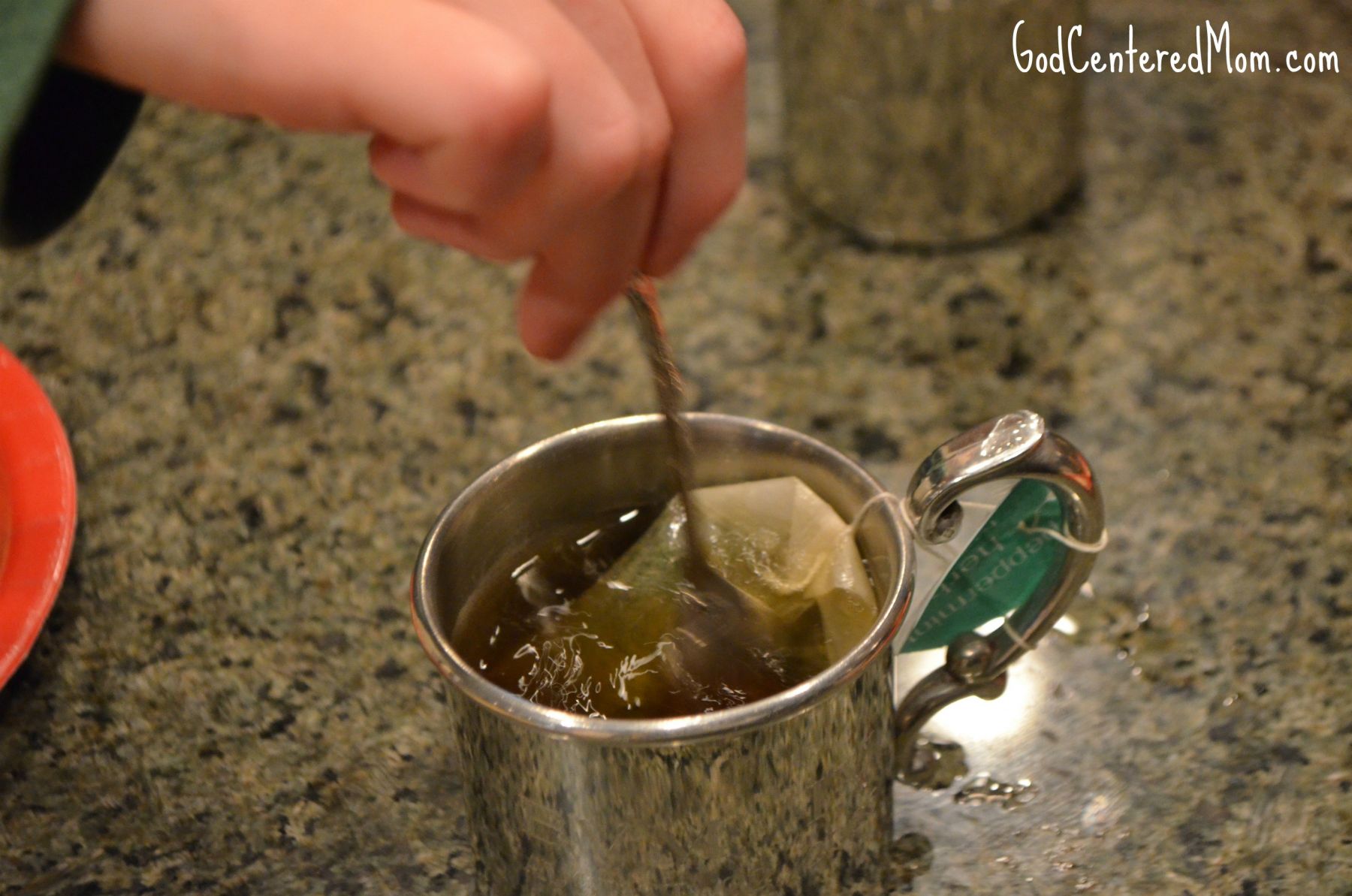 The candles they chose glowed as we slowly sipped our tea. Inspired again by Sally Clarkson I began a conversation about what kind of teenagers they hope to become. 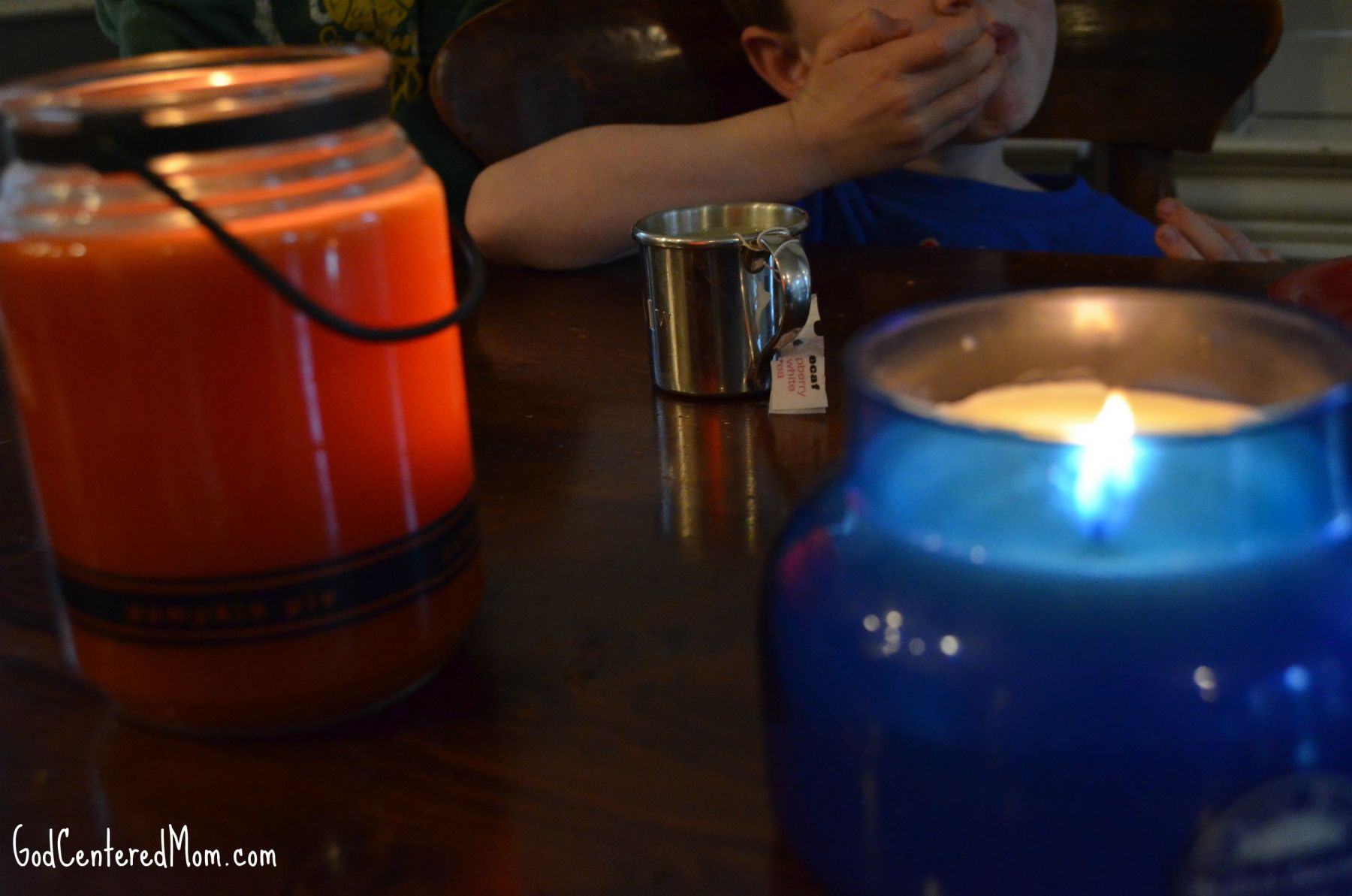 Earlier that week when my husband and I celebrated 13 years of marriage, we realized that 13 years from now we will have 4 teenage boys. FOUR. TEENAGE. BOYS. 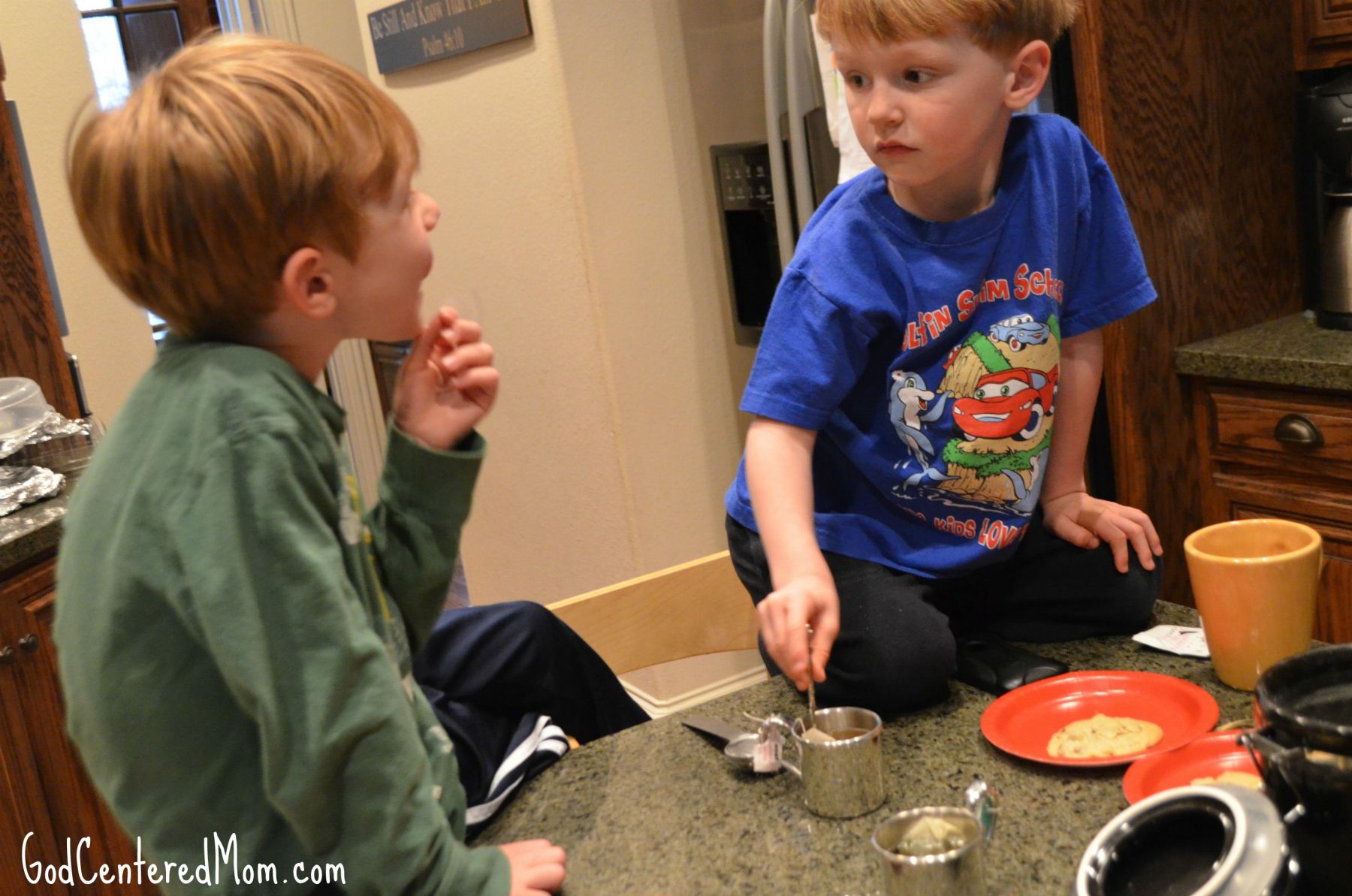 Having 4 teenage boys could actually be a truly wonderful thing…if we are intentional. One thing Sally Clarkson talks about is “building a house by having a plan.”

“The wise woman builds her house, but with her own hands the foolish one tears hers down.” Proverbs 14:1

Why not think now about what kind of teenagers they want to become? Make a plan.

I grabbed two large index cards. Put each of their names at the top & the ages they will be in 13 years. Then I asked each of them who they want to be when they are 17 and 19 years old. What did they want other people to say about them? 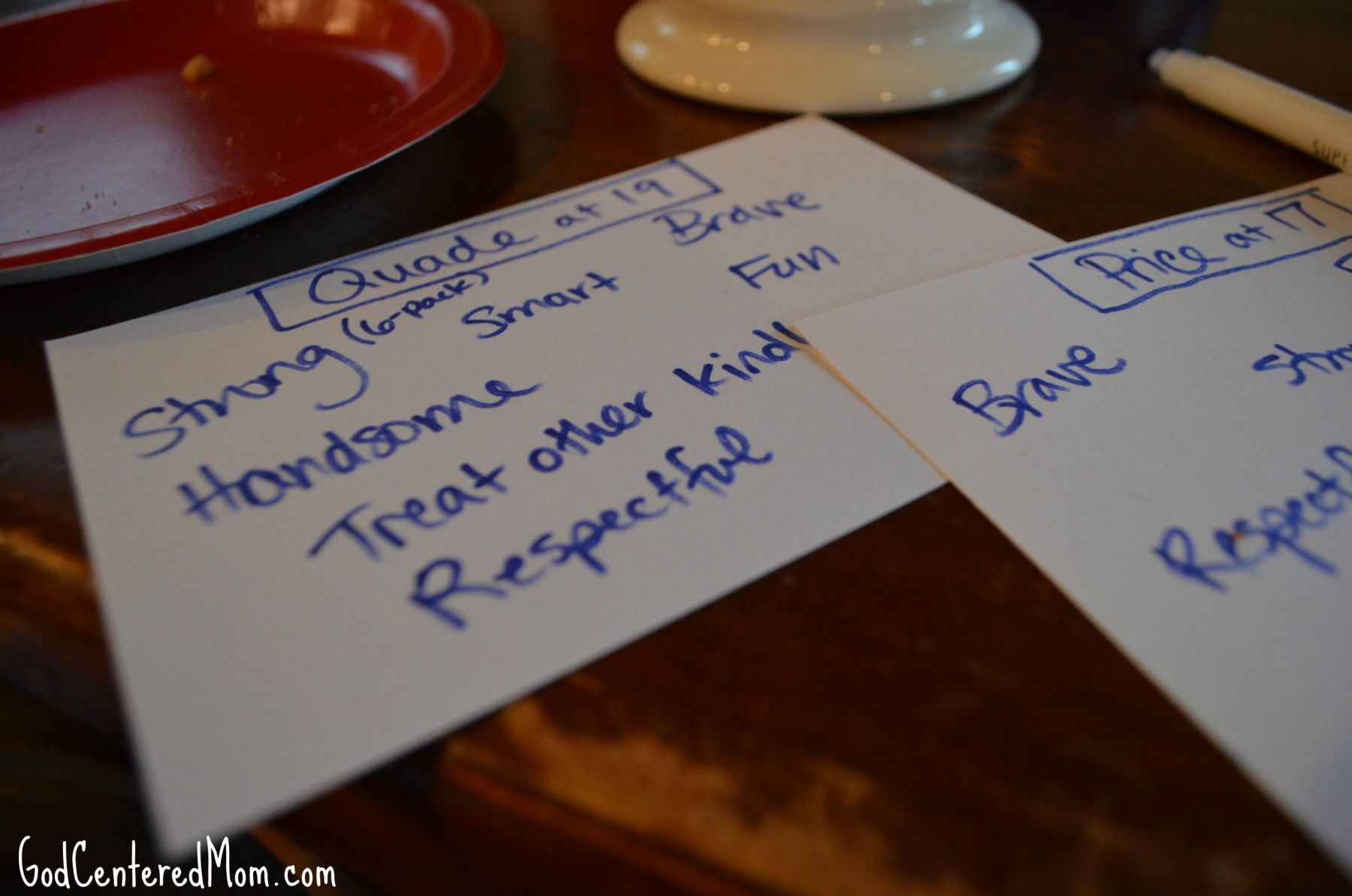 They said things like: “strong” (with a 6-pack), “smart”, & “handsome.” I gently move the conversation to character qualities…they answer: “respectful”, “kind”, “honoring God”…

Then I share the vision I have for them…ways I see them using the gifts God’s given them for His glory. Leading Bible studies. Serving others…

In the midst of a week full of mistakes, exhaustion, & frustration, I am so thankful for this memory with my oldest boys. Thank you Lord for boys who desire to spend time with their mommy over hot tea & cookies!