I’m a constant re-evaluator of my parenting…to a fault. It’s a sickness really.

It used to be much worse. For our firstborn, not only was everything new and unknown, be he was also colicky & had reflux which added to our anxiety.

It was sleep training that pushed me over the edge. I thought that I would consult the “experts”, do what they said and see success. Unfortunately, I read one book that said let him “cry it out” and the other book that said I am a horrible mother if I ever let him cry. 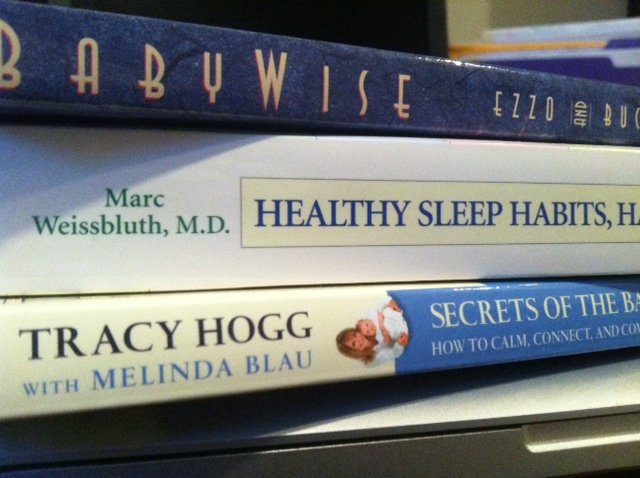 With each parenting decision I was paralyzed with the fear that I was going to “ruin him forever.”

So I would try one approach for awhile. Then when it didn’t seem to be working I would try the opposite approach. Poor firstborn child…the ultimate guinea pig.

In my attempts at doing everything “perfectly”, my inconsistency and lack of conviction was actually the real problem.

Now as I’m about to have my 4th son I enter the newborn stage with more confidence. We have our sleep training philosophy figured out. We know where we stand on pacifiers, nursing, swaddling, etc.

But each day I still have to make new parenting decisions in regard to my oldest. I still lack true parental confidence.

This past week I read a really interesting article in the Wall Street Journal about a new book being released called, “Bringing Up Bebe” by Pamela Druckerman. The article was entitled “Why French Parents are Superior.” 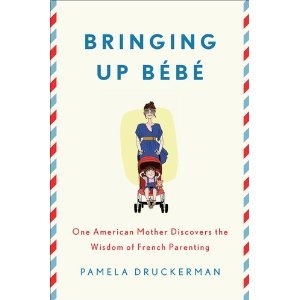 What I first found interesting about the article is how similar French parents were to my husband’s parents. Unique ways he was parented are outlined in this article (more on this in another post…)

I was particularly struck by the way the French parents approach parenting with calm confidence.

“When Pauline tried to interrupt our conversation, Delphine said, “Just wait two minutes, my little one. I’m in the middle of talking.” It was both very polite and very firm. I was struck both by how sweetly Delphine said it and by how certain she seemed that Pauline would obey her.” – Pamela Druckerman

In the past few months (most certainly pregnancy related) my tone with my boys is either harsh, whiny or defeated.

When I use a harsh tone (usually to cover up my feelings of inadequacy when things get chaotic), they react with their own harshness and stubbornness.

When I make a request in an overly emotional tone, I lose my authoritative edge and it opens the door for negotiation and arguments.

Here is an example from the article of the French mom helping the American mom with a toddler who continually tested the boundaries (a scene I was all too familiar with):

“I pointed out that I’d been scolding Leo for the last 20 minutes. Frédérique smiled. She said that I needed to make my “no” stronger and to really believe in it. The next time Leo tried to run outside the gate, I said “no” more sharply than usual. He left anyway. I followed and dragged him back. “You see?” I said. “It’s not possible.”

Frédérique smiled again and told me not to shout but rather to speak with more conviction. I was scared that I would terrify him. “Don’t worry,” Frederique said, urging me on.

Leo didn’t listen the next time either. But I gradually felt my “nos” coming from a more convincing place. They weren’t louder, but they were more self-assured. By the fourth try, when I was finally brimming with conviction, Leo approached the gate but—miraculously—didn’t open it… I was shocked that Leo suddenly viewed me as an authority figure.”

There is no perfect way to parent. Yes it’s good to want to do your best and most likely I won’t stop reading from “experts”.

I need to be confident. But not with a confidence that comes from knowing the perfect way to parent.

If I truly function as a God-centered mom, I could be superior to French parents. I would be confident that no matter how often I fail or make the wrong parenting decision, God is gracious.

God has a big plan for each of my boys, no matter whether I am the best or the worst parent He is an even bigger God. His plan will prevail.

I need to do my part to love God first. Seek Him in prayer. Love my children well. Let God fill in the gaps.

When I set a boundary with my boys my tone doesn’t need to be harsh, whiny or defeated, I can be calm & confident. My confidence comes from the Lord.

“Do not be afraid of sudden terror
or of the ruin of the wicked, when it comes,
for the LORD will be your confidence
and will keep your foot from being caught.” Proverbs 3:25-26

“It is the very gospel of His grace that He can repair the things that are broken. He can reset the joints of the bruised reed. He can restore the broken heart. He can deal with the broken vow. And if He can do all this, can He not deal with our mistakes? If unknowingly we went astray and took the wrong turning, will not His infinite love correct our mistakes, and make the crooked straight?” by John Henry Jowett in “A Mother’s Heart”