I’ve shared here before that we’ve been struggling with our middle child.  For all the negative I have said, to be clear, he is adorable, smart, sweet, funny, generous, and helpful. 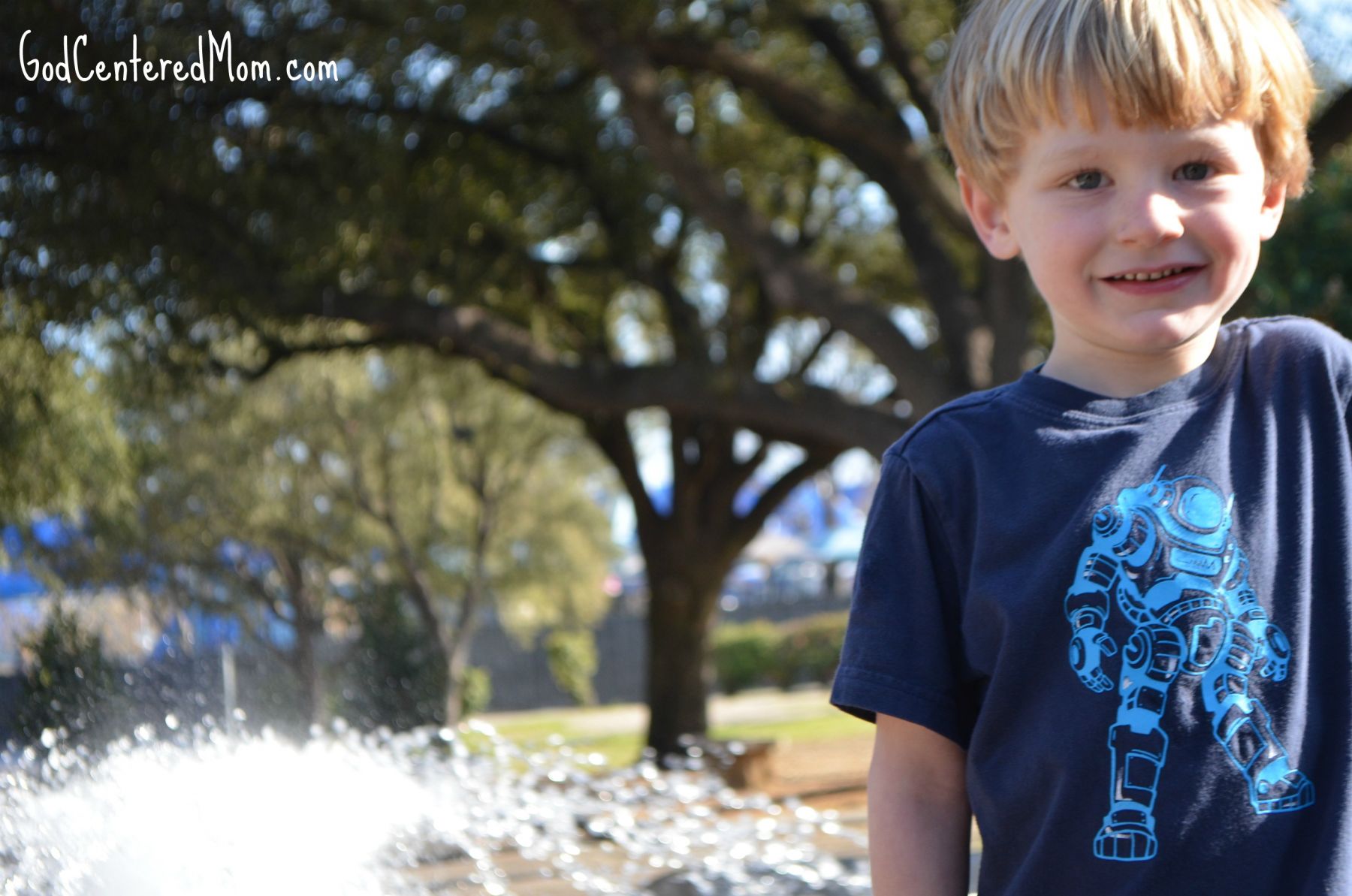 Our response has been to increase the strength of those boundaries, respond more harshly to his behavior, remove privileges, ignore purposeful attention-getting behaviors…all the things the “professionals” tell you to do.

My mentor directed me to read ahead in our book “Seasons of a Mother’s Heart” by Sally Clarkson…I read words that I could have written:

“Every time he tested my patience, I responded by becoming even more strict than I had been the last time. Somehow, I had convinced myself that this increased harshness in discipline was the only appropriate response to his decreasing efforts at obedience.  If he would not control himself, I reasoned, that I would control him.”

I was frustrated like Sally. The approach she and I were trying was not working. I needed something different. Attempting to control him with behavior-modification techniques was not working.

God created all children unique. This little guy is unique from his brothers. Unlike a  rat learning to complete a maze, he has free-will. He requires an inside-out approach…focusing not on his behavior but his heart.

Instead of applying the “do this or else” discipline approach, I took a step-back and evaluated what made this little guy tick. I discovered the following:

In studying him I realized he has some pretty great qualities that will serve him well as an adult. There are attributes listed here that I don’t want to change. Instead of breaking him…I need to work with these traits to help him become who God intends for him to be.

“God did not make a mistake in giving your child his or her personality, so don’t make the mistake of being critical of it. Learn to appreciate God’s handiwork in each of your children.” Sally Clarkson

I’ve shared my favorite behavior modification technique here: mommy time. Unfortunately, after studying my son, I realized he needs even more than the 20 minutes a day of mommy time to get his “love tank” filled (I actually don’t think I’ve ever seen his love tank 100% filled!).

One way I can give him the attention he craves in the midst of parenting 2 other children and keeping up with my home is by having a positive and loving attitude when I interact with him:

The biggest thing I’m working on is: CONNECTING more than CORRECTING!

Of course I still need to provide direction and discipline. However, personally, I tend to over-correct and direct. To keep things in balance I need to intentionally plan to stop criticizing.

Seeing who he is. Appreciating him for who he is. Using less words to control him.

As Ann Voskamp says in her “10 point Manifesto of Parenting”:

7. Today, the moment when I am most repelled by a child’s behavior, that is my sign to draw the very closest to that child.

Sympathy is “entering your child’s life at the level they are living it” (Sally Clarkson).

It’s the ultimate in humility. Stop being so self-centered and proud in my “mommy role” and instead look at the world through his eyes. 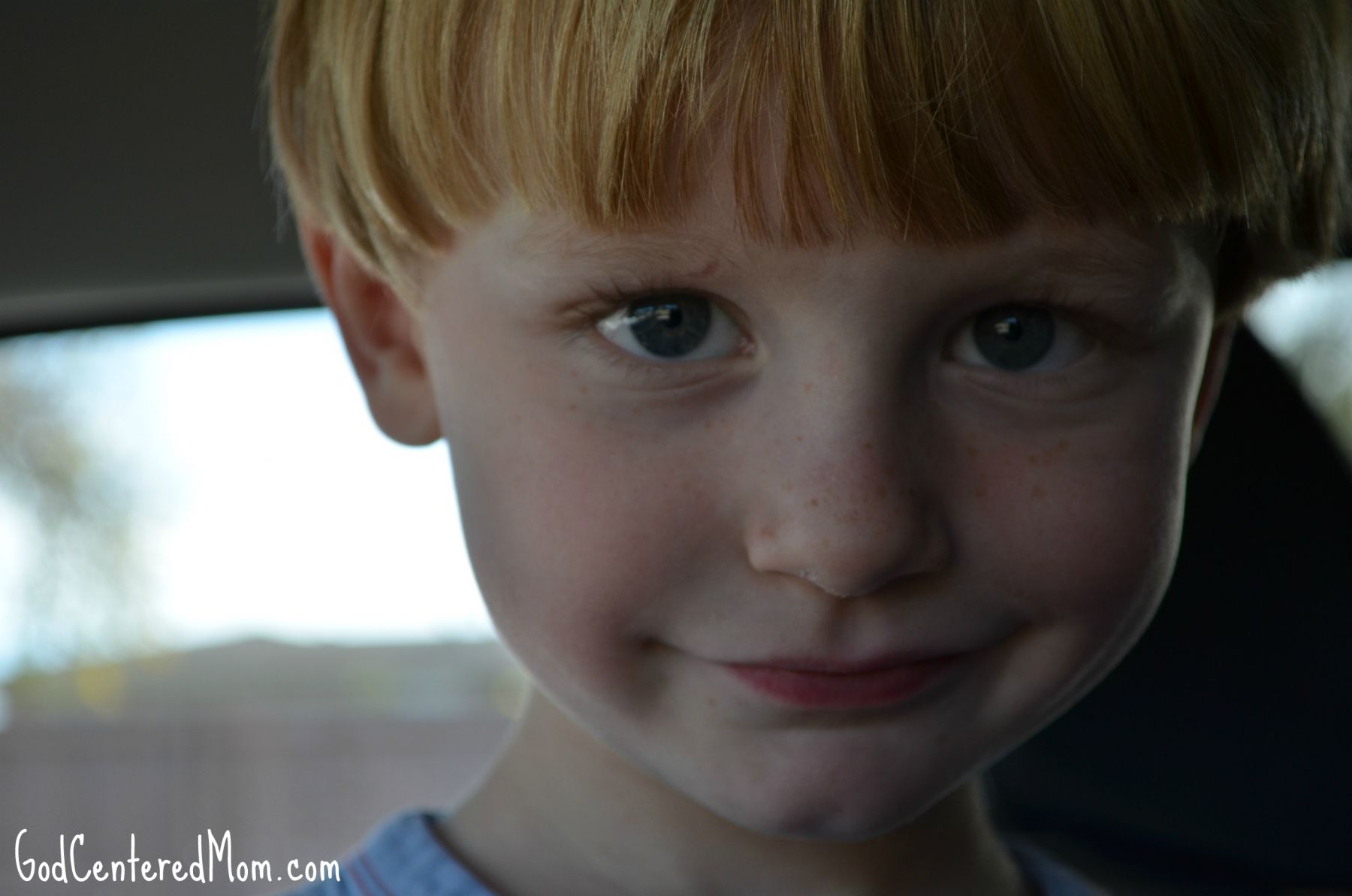 He is ONLY FOUR!!! At this developmental stage he is becoming aware of the world outside of our house. His fears (which he has never demonstrated before) are increasing. We just had someone break into our home. Of course he does not want to be left alone. This pregnancy he is old enough to realize that a new baby is coming. He is reacting to all that entails.

As his mom, I am the one person who should not be yelling and criticizing him, but stepping down to his level and comforting him. Even if he is behaving in a way that is undesirable.

Isn’t that what God did for us?

In our “undesirable state” he lowered himself to be born as a baby here on earth. Jesus walked in our skin. He sympathized with us…

“For we do not have a high priest who is unable to sympathize with our weaknesses, but one who in every respect has been tempted as we are, yet without sin.” Hebrews 4:15

I can’t control him. I can’t direct the decisions he is going to make. So I have to surrender him to God in prayer. This past week I have spent concentrated time in prayer for this child and for our relationship.

That’s our new “Inside-Out” approach...inspired by the wonderful Sally Clarkson who hosts a Momheart Conference that will be here in the DFW area in 2 weeks (have my ticket…planning to go unless baby makes his appearance).

Do you have a challenging child right now? What parenting strategies have you found helpful? Does “behavioral” discipline work for your child? Have you ever tried the “inside-out” approach?