*Author’s Note: I know some of my readers do not take their children to visit Santa and I 100% respect that. We decided to include the “game of Santa” in our family Christmas traditions based solely on our own childhood experiences. Whether you visit Santa or not the lesson on grace could still be taught.*

Last week I took the boys to our local mall to see Santa. This sweet man has played Santa for many, many years. Best of all? He is a talented story-teller. 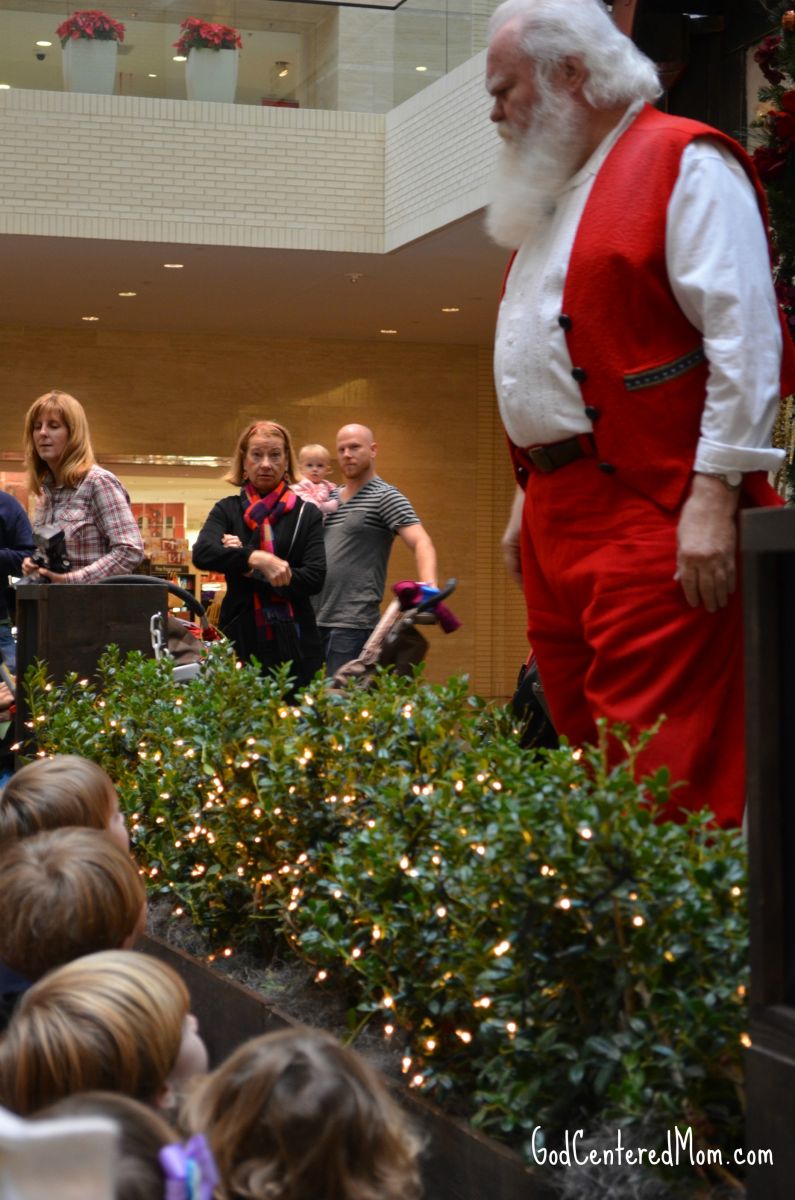 Given the popularity of this seasoned Santa, some smarty pants decided to hand out numbers to see him and you come back at your specified time.

To pass the hours before our turn we visited the library (yes there is one in the mall!), had lunch, watched the large dancing fountain, met two brothers from Korea (highlight), and laughed at an improv Scrooge puppet show. 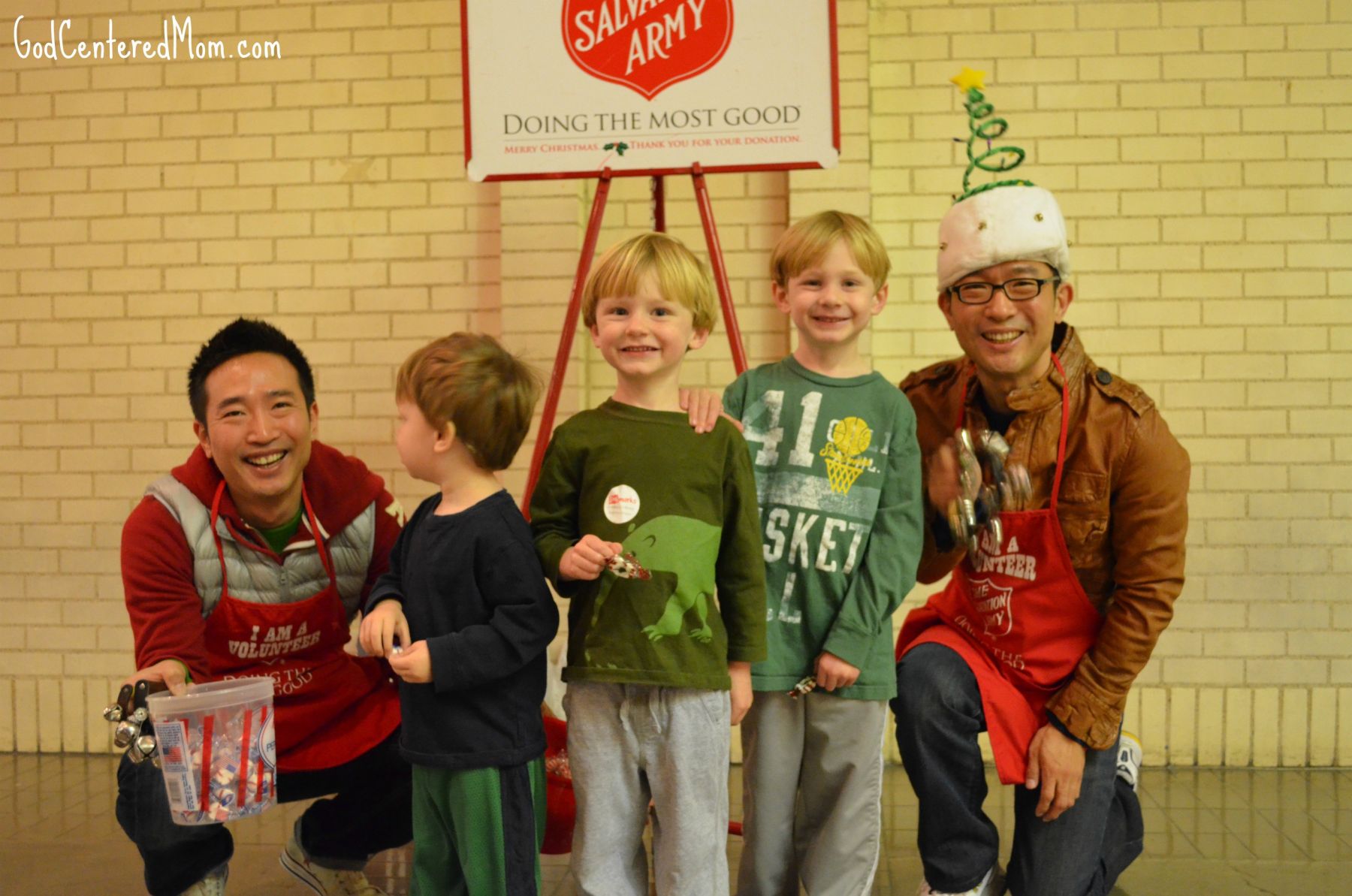 At our designated time we headed over to a short line, to wait just a little longer.

However, Santa chose that moment to take a break (can you blame him?). Which meant we waited an extra 15 minutes.

Understandably, the boys started to get antsy…arguing, pushing. I reminded them that according to the “Santa game”, you only get presents if you’re good. If there is anytime to be good, it’s when you are in Santa’s immediate presence.

To pass the time more quickly, while we waited I prepped them for their visit. I told them that Santa will probably ask them their name, what they want and whether they have been good that year.

Finally the moment arrived and the boys did great. They introduced themselves. Each boy told Santa he wanted Legos. Then came the big question from the big man, “Have you been good this year? Are you getting along with your brothers and being kind?” They nodded ‘yes’ but their faces revealed that perhaps it wasn’t 100% true.

Once settled in our car and driving home, my oldest son said, “Mommy, you were right! Santa did ask us if we had been good.”

I took advantage of the opportunity…

“Mmm hmm. In the ‘Santa game’ you have to be ‘good’ to get a present. But did you know that God gave you the greatest gift, His Son, Jesus, because you were not good?

Grace sinking in…for each of us. 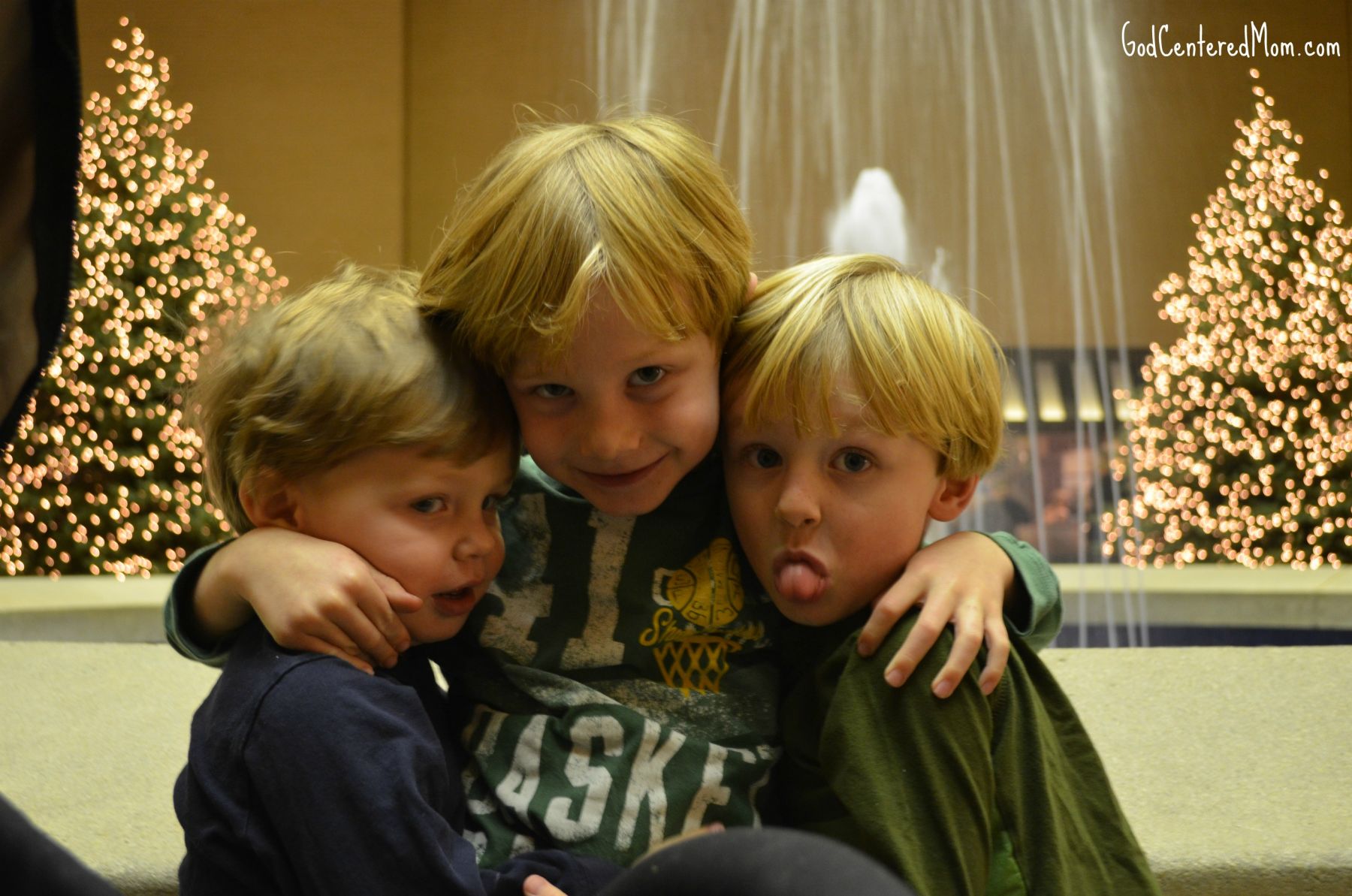 An angel told Joseph, ‘He will save his people from their sins.’

An angel told the shepherds, ‘A Savior has been born to you.’

Zechariah prophesied that Jesus would bring His people ‘salvation through the forgiveness of their sins.’

Simeon held the baby Jesus and thanked God, saying ‘My eyes have seen your salvation.’

And John the Baptist, the messenger of the Messiah, cried out when he saw Jesus coming to him, ‘Look, the Lamb of God, who takes away the sin of the world!’

May you experience His grace today. May you feel His undeserved favor. May you not feel the pressure to perform but to rest in the greatest gift ever given…eternal life.

Linking up with: Thought Provoking Thursdays