Two weeks ago I started a Priscilla Shirer Bible Study (“He Speaks to Me: Preparing to Hear from God”).  I came home that night and my husband told me, “I have some bad news for you. You aren’t going to like it…I have a board meeting and a convention back to back and will be gone from next Friday until the following Wednesday.”

I would like to say that I graciously responded to his news. That I said, “I understand. These things happen. We’ll be okay.”

Instead I said, “Well, that’sq not going to work for our family. You need to set some boundaries. You can’t be gone that long. You are right I AM NOT HAPPY!” And I stormed upstairs to bed. 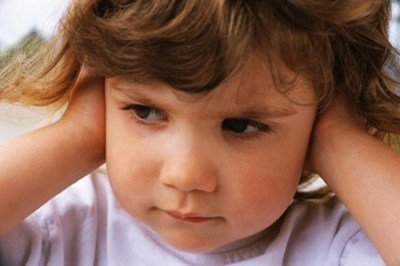 The next morning was the kick-off morning for the Maximize Your Morning Challenge (through www.Inspiredtoaction.com). I decided to dig into this new Priscilla Shirer study…even though I had two weeks to complete 5 days worth of homework. God had something He wanted me to hear.

Priscilla compared her son’s struggle with obeying the simple command, “Come here sweetie” with her own struggle to obey God’s simple requests.  She asked this question, “What steps of simple obedience is the Lord requiring of you?” She had some of her own examples on the sidebar. This one hit me straight between the eyes: “honor my spouse’s authority”.

Whoa. Just the night before I had declared my husband’s judgment inferior regarding work commitments. I had not treated him special. I had stomped off without discussion…declaring my needs as the most important.

The next section included these words: “Obedience requires sacrifice…to honor my husband’s authority, I must release the desire to be in control” (P. Shirer).

Seriously? Exactly what I had been struggling through?

Of course I had a choice:

Fortunately I chose the second response. I waited patiently for the next week and a half.

The next section of the study for that day had these words: “Obedience will not always be easy, but it will always be worth it. Obedience to God always brings reward.” (P. Shirer).

I had actually forgotten that part of the study until now. I just kept telling myself to “simply obey.”  To “honor my husband.” To “trust him to do what’s best for our family.”

I had simply obeyed &, in this situation, I saw an immediate reward.

“By following the Lord in obedience, we are preparing or positioning ourselves to hear His voice.  By sacrificing our own desires for His, we are aligning ourselves with His will & opening the door to receive His blessings” (P. Shirer).

What steps of simple obedience is the Lord requiring of you? Are you willing to make the personal sacrifice to obey? If you did obey what reward did you receive?