What if you train your son well, you model a God-centered life, and he experiences God’s blessing and great success…then he makes one self-centered decision that ruins his life?

This is what Jecholiah experienced with her son…

Made king at the age of 16, one would think Uzziah would have begun his reign a proud and pompous teenager. The opposite was true. He began his rule as a God-centered king. He had great models and teachers. His mother was from Jerusalem and his father did what was right in the eyes of the Lord. The prophet Zechariah taught him to fear God. “As long as he (Uzziah) sought the LORD, God gave him success.” (2 Chron 26:5)

Unfortunately, King Uzziah handled adversity better than success. “After Uzziah became powerful, his pride led to his downfall. He was unfaithful to the LORD his God, and entered the temple of the LORD to burn incense on the altar of incense.” (2 Chron 26:16)

What is the problem with King Uzziah burning incense in the Lord’s temple? The problem was that this is a task assigned and consecrated for the priests who were descendents of Aaron.  In addition, Uzziah’s behavior indicated that all the responsibilities of being the king was not enough. He wanted more authority…absolute power.

This attitude did not just appear the day he entered the temple…prior to that day he gradually relied less on the Lord and thought more highly of himself.

The priests came to confront Uzziah about what he has done and instead of repenting of his sin, he reacted in anger and raged against the priests. Immediately leprosy broke out on his forehead. The priests rushed him out of the holy temple and “he himself was eager to leave, because the LORD had afflicted him.” (2 Chron 26:20) 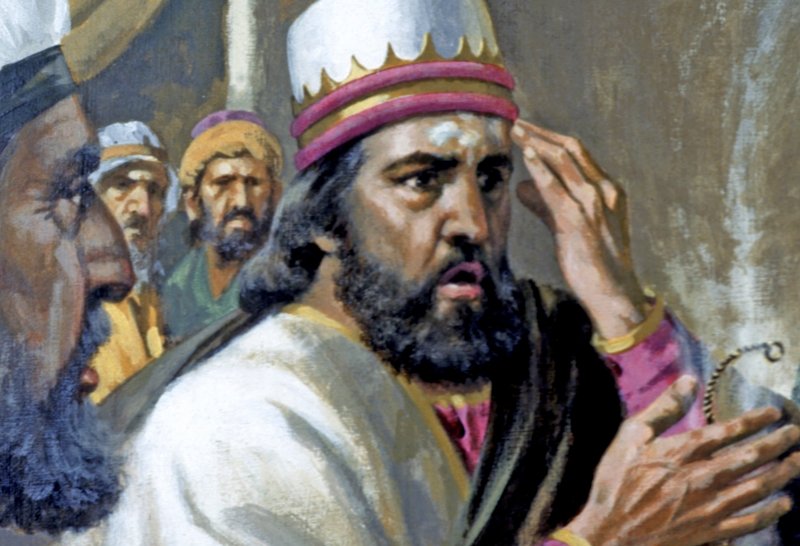 “King Uzziah had leprosy until the day he died. He lived in a separate house—leprous, and banned from the temple of the LORD.” (vs 21)

His 52 years as a highly successful king, who sought the Lord, were summed up by this statement when he was buried: “He had leprosy”.

Hear the whisper: We may be following God in our day-to-day day decisions, but we are capable of losing it all by thinking we deserve more authority. Thinking we need to be in charge of how things go in our lives. Thinking we need absolute power may be the end of our success and the beginning of our end.

Be on guard. Chose to meet with God each morning. Pray throughout the day. Memorize scripture to be on guard against temptations. Handle success with humility.

Model these things to help keep your little ones from pride that destroys.