The Bible is full of examples of people who placed themselves as center of their worlds only to be completely and utterly humbled.

I heard the quote once, “I would rather listen to the whisper of God to humble myself, than feel His whip”. In other words, will we learn from the example of those who have gone before us, were full of pride and then dramatically humbled (aka “the whisper”) OR will we ignore the warning and be humbled ourselves (aka “the whip”).

My goal is to highlight examples from the Bible as whispers for us to hear and be reminded: “humble yourselves and He will lift you up”. Also 1 Corinthians 10:6 says, “Now these things occurred as examples to keep us from setting our hearts on evil things as they did.” For our first “Hear the Whisper Wednesday”…

The beginning of the book of Daniel describes the rise of the Babylonian empire and its capture of Jerusalem. Handsome, smart, young men were captured from Israel and taken to the land of Babylon to serve King Nebuchadnezzar (can I just call him “Neb”?). Among those young men was Daniel.  King Neb has 3 collisions with the power of God and does not humble himself. Only after being dethroned and eating grass with cows does acknowledge God as essential in his life…the MOST HIGH. 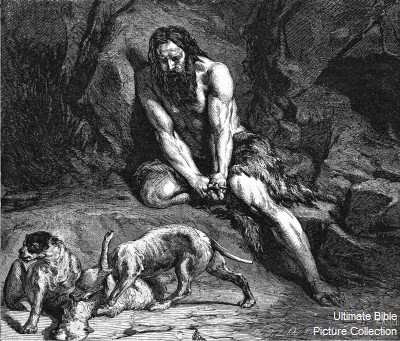 “I praise and exalt and glorify the King of heaven, because everything he does is right and all his ways are just and those who walk in pride he is able to humble (vs 37).”

Did you hear the whisper? Or do you want to feel the whip of wandering outside with animals and no shelter?

Do you struggle with thinking you are the source of your success? Cry out in this moment to God and acknowledge him as the MOST HIGH…hear the whisper.